The Wrath of Kahns

Finding a Pakistani living in the U.S. who is not sympathetic to jihad can be… well… rather hard do find.

After 9/11, I switched my general practitioner physician (a Paki native) after he expressed some quite shocking sympathies for the hijackers. (Years prior, he became rather incensed when I presumed he was from India, after he told me his brother just came back from India. That ought to tell you how racially & religiously cognizant these people are.)

Last week, the DNC scoured military records to find one of the few Muslims who, in recent years, has died on behalf of the U.S.

They promptly put the parents on stage as props, to harangue Trump. 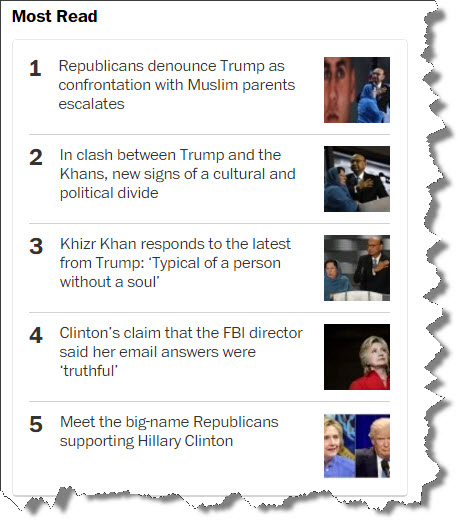 Forward to today, and WaPo is in a frenzy with stories on the Kahn family.

“In clash between Trump and the Khans, new signs of a cultural and political divide” is the title of one WaPo article by Marc Fisher. The journalist’s novelistic pretensions, a given whenever a journalist has a deep emotional connection to the story, starts the piece:

The mash-up of symbols couldn’t have been more stark: a Muslim immigrant extolling the virtues of American liberty while holding his pocket copy of the Constitution, and his wife, struggling to contain her emotions, standing silently by his side, wearing a soft-blue hijab.

The moment at the Democratic National Convention on Thursday night upstaged the debut speech by the first woman to be a major party’s nominee for president and confronted a vast television audience with a riveting and, for some, jarring blend of messages. Here were the parents of a fallen U.S. Army captain, still deep in mourning and palpably proud to be Americans; and here were Muslim immigrants from Pakistan, keenly aware of their uncomfortable place at the center of this year’s presidential campaign; and here was a pocket Constitution, in recent years a popular giveaway for conservative and evangelical groups; and here was a hijab, the Muslim head covering that has become a shorthand for the debate over Islam’s place in the Western world.

The overwhelming response to the appearance by Khizr and Ghazala Khan reflected the cultural and political divide that has dominated American discourse since the terrorist attacks of Sept. 11, 2001. Many people took Khizr Khan’s lecture to Donald Trump about liberty and xenophobia as a statement about what patriotism and American identity really mean. Many others took the speech as a partisan blast but nonetheless a powerful plea from parents mourning the death of an American soldier…

“Republicans denounce Trump as confrontation with Muslim parents escalates” by Katie Zezima is yet another lead WaPo story, where the media essentially collaborates with the Khan family. 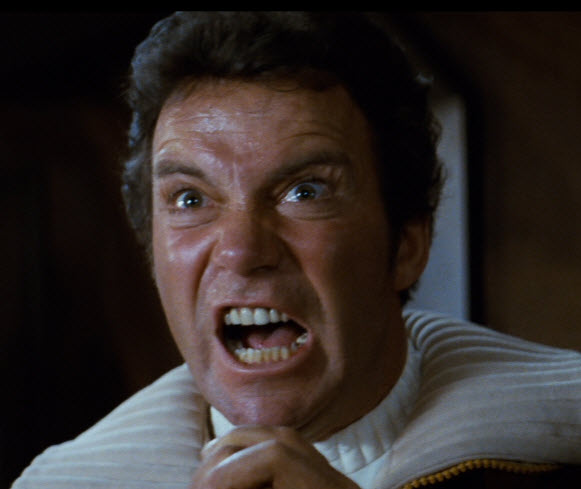 Trump is upset with the Khans.

Donald Trump faced mounting criticism from leaders of his own party Sunday as a confrontation between the Republican nominee and the Muslim American parents of a soldier killed in Iraq continued to consume the presidential race.

Khizr and Ghazala Khan denounced Trump in ever more forceful terms, asserting that Trump’s temperament and lack of empathy rendered him unfit for office, while Trump claimed that Khizr Khan “viciously attacked” him while speaking at the Democratic National Convention last week.

Khizr Khan also repeated his call for House Speaker Paul D. Ryan (R-Wis.) and Senate Majority Leader Mitch McConnell (R-Ky.) to repudiate Trump, saying they have a moral obligation to speak out against their party’s standard-bearer.

In separate statements, Ryan and McConnell expressed support for the Khans and reiterated their opposition to Trump’s proposed ban on Muslims, but neither mentioned Trump by name and neither abandoned his support for the Republican nominee.

So, the RINOs were put on the spot, and reacted accordingly.

In an op-ed published in The Washington Post, Ghazala Khan directly responded to Trump, saying that she was too distraught to speak at the convention and could barely control her emotions while walking on stage.

WaPo gave the wife an op-ed.

Journalistic activism has gone to a new level.

This entry was posted in Democrat Party, MSM, Republican Party. Bookmark the permalink.