As I’ve noted here before, Pew Research has really been knocking it out of the park in recent years, with a regular flow of insightful surveys that are well put together. Their recent one is “How Americans Feel About Religious Groups” (hat tip: S. Sailer) which notes: 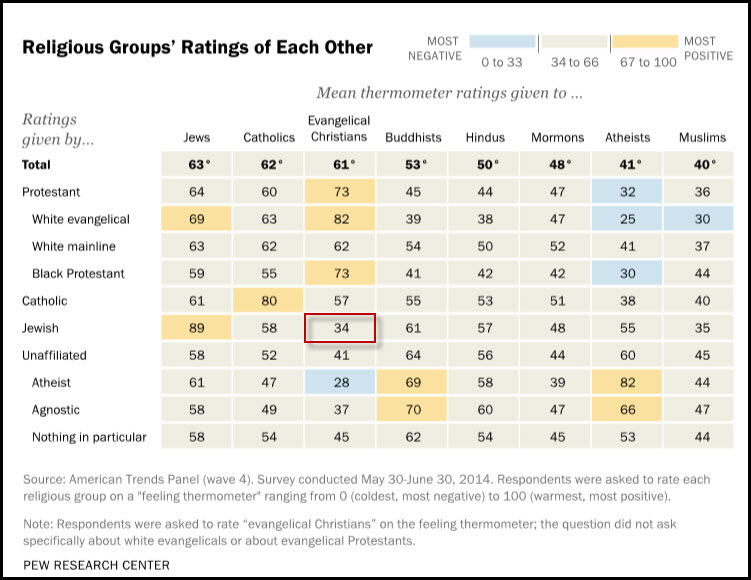 [W]e see that Jews are the most ethnocentric religious group as measured by self-regard on a 0 to 100 scale (89). In other words, although we constantly hear about Self-Hating Jews, there turns out to be less Self-Hatred (100-89=11) among Jews than among any other group (next least self-critical groups at 18 are Evangelical Christians and atheists). You know, it’s almost as if there’s some kind of a pattern in there somewhere …

This entry was posted in Jewish, Religion. Bookmark the permalink.