Scotland’s vote on independence from the U.K. is only one week away.

From a Reuters piece on “Why the world should care about Scottish independence“:

Europe is watching keenly, none more so than Spain.

The government in Madrid has refused to let Catalonia hold a vote on independence in November but the region has vowed to press ahead with a non-binding referendum anyway.

If that is blocked, Catalan President Artur Mas said he would call an election as a proxy vote on independence.

Scottish secession would embolden Catalans and some Basques, as well as potentially Flemish nationalists in Belgium. That may be one reason why officials in Brussels have told the Scots that it would be difficult for them to join the EU. Newcomers have to be voted in unanimously by existing member states.

Though a 1998 peace deal largely ended decades of sectarian violence, Northern Ireland remains deeply split between Protestants who mainly want to remain part of Britain and Catholics tending to favor unification with Ireland.

The unionists have particularly close links with Scotland while those who favor uniting with Ireland could seize on a Scottish “Yes” vote to press their claims more forcefully.

Oh no! A potential wave of secessionist movements (largely based on ethnic identities) across Western European countries?!

The NYT is also worried: “Scotland Inspires Separatists, From Kurdistan to Texas.” 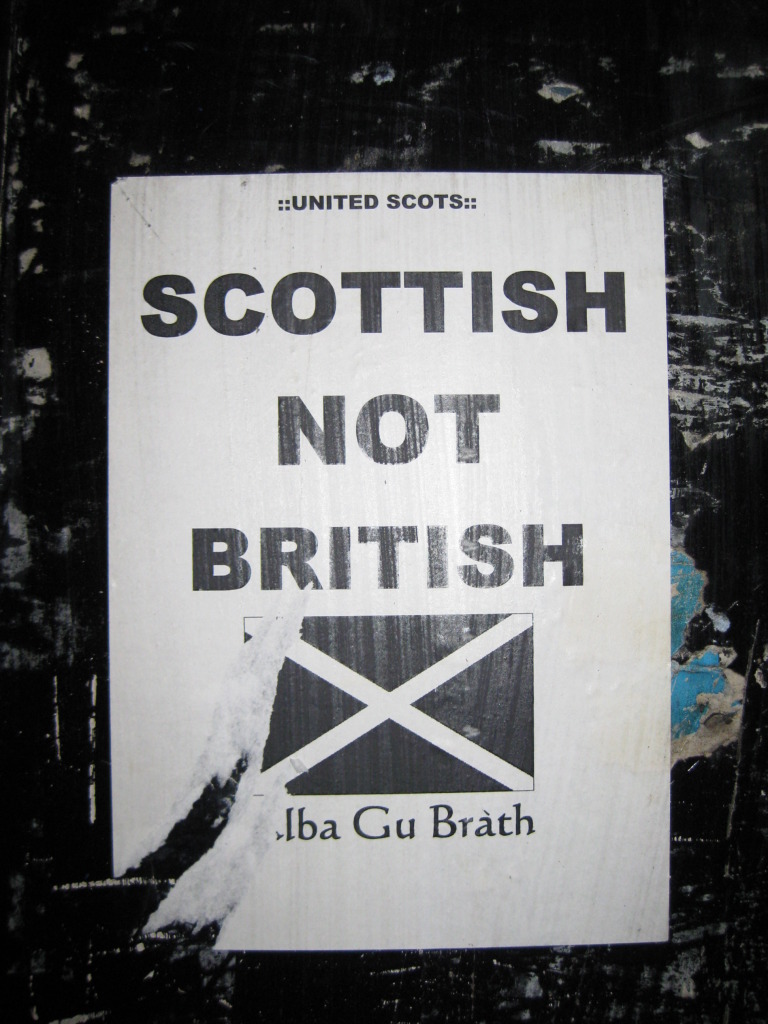 Flyer I saw in an alley in Edinburgh in ’08.

This entry was posted in Europe, Secession, White Identity. Bookmark the permalink.