WASHINGTON, D.C. — Young adults, nonwhites, and the low-income in the U.S. drink more regular soda than other Americans. Half of Americans aged 18 to 29 say they drink regular soda, making them the most likely to do so across not only age groups, but also across all major demographic and socioeconomic groups. Nonwhites (46%) and low-income Americans (45%) — two groups among the most likely to be obese — follow just behind the young in regular soda consumption. 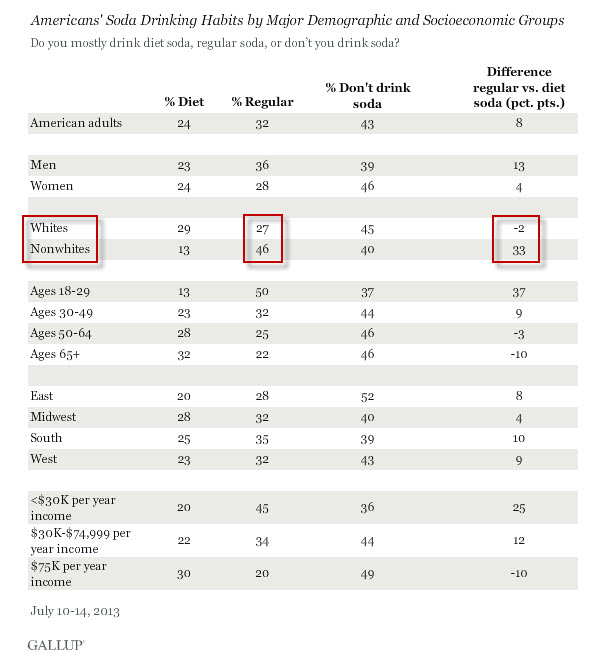 I used to work in a grocery store many moons ago while in high school. A few observations from my years there, and from discussions with dept managers:

You get the idea.

This entry was posted in Black, Culture, Hispanics. Bookmark the permalink.