In the first segment of Tucker’s show tonight, his guest was the gorgeous “Rebecca” Kaplan, Oakland City Council Member and (apparently) proud Jewish lesbian… or something or other. The rainbow-colored Star of David lapels are an especially nice, intersectional touch. If only we were to find out she’s half Hispanic, she would be a walking embodiment of CA.

Kaplan’s attempt at the end of the segment to rhetorically mock Tucker was also classy: She pulls out a Bible as she says “Hey, Tucker, let me ask you a question. You believe in the Bible, right?”, before Tucker cuts her off and ends the segment.

Kaplan would make a wonderful spokesman/Spokeswoman/Spokesze for CA. 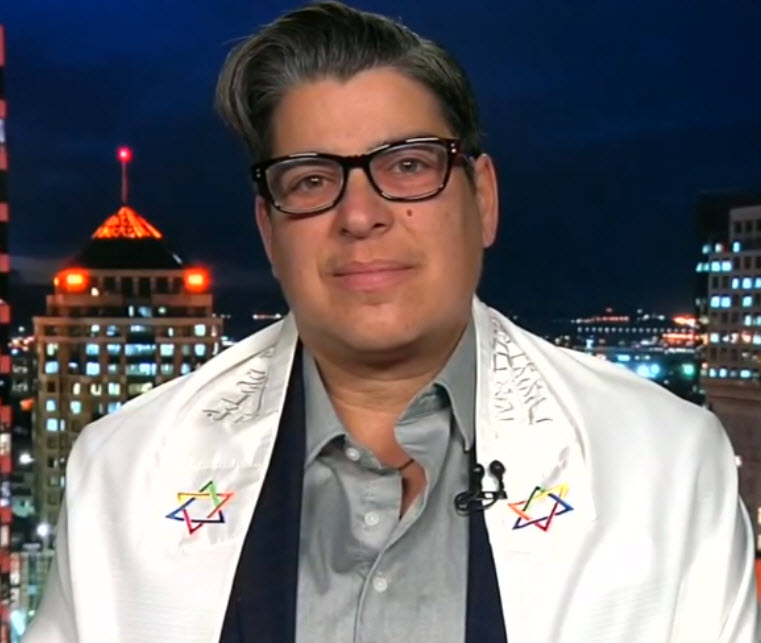 This entry was posted in CA, Culture Wars, Jewish. Bookmark the permalink.