Ringo Starr is putting hundreds of items to auction this December. Among the items for sale is this gem:

A three-piece drum set billed as “the most important drum kit to ever hit the auction block” is expected to go for as much as $500,000, Julien’s said.

It was Starr’s first 1963 Ludwig Oyster Black Pearl kit and was used in more than 200 performances as well as to record the hit songs “Can’t Buy Me Love,” “I Want to Hold Your Hand,” “She Loves You” and “All My Loving.” 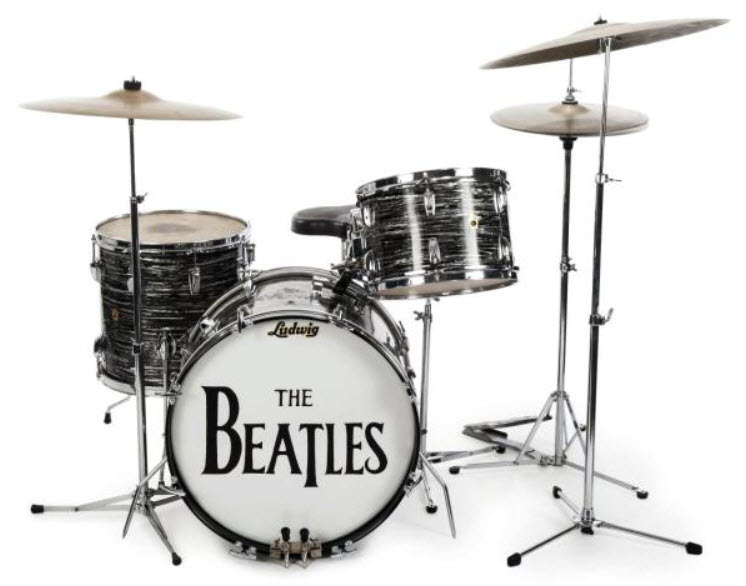 Ringo’s iconic drumming style involved the unique technique emerging from a left-handed person playing on a drum kit set up for a right-handed person, a slightly behind the beat, his ‘sloppy’ ‘washing the windshield’ hi-hat playing, and his indelible ‘falling down the stairs’ tom fills.