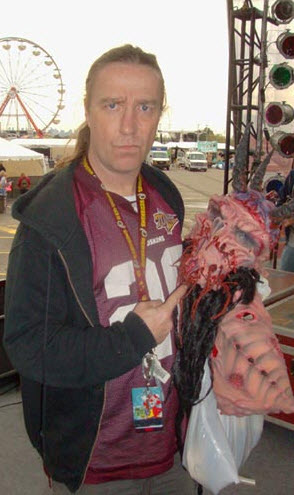 Dave Brockie, who as “Oderus Urungus” fronted the alien-costumed heavy metal band GWAR during graphic and fake-blood-soaked stage shows for more than three decades, has died. He was 50.

Officers were called to Brockie’s home Sunday evening and found the singer dead inside the home, Richmond police spokeswoman Dionne Waugh said Monday. Detectives don’t suspect foul play at this time, and the medical examiner’s office will determine cause of death, Waugh said.

TMZ reported that Brockie was found by his roommate sitting upright in his chair, and authorities don’t suspect suicide. “There were no drugs found, as far as I know,” TMZ quoted one law enforcement source as saying. 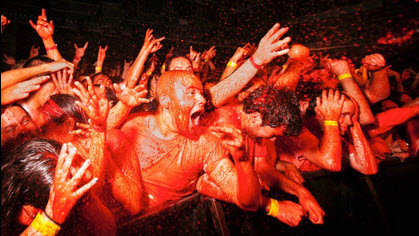 GWAR Fans in a Blood-mad Frenzy.

Brockie (as Oderus) was funny as hell, as witnessed by his many appearances as an ‘intergalactic correspondent’ on Red Eye.

I’ll never forget the first time I saw GWAR live, circa 1990 or so at the now defunct club The Channel in Boston.

A spectacular spectacle. With plastic tarps, fans in the front would protect themselves from the fake blood ‘n guts routinely sprayed throughout a typical GWAR show. And the dedication and skill required to create their elaborate costumes was most impressive. 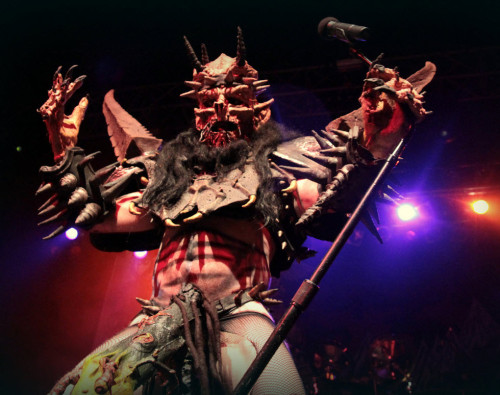 Yes, they were crude.

Yes, they were vulgar.

And the music?…. Well, with GWAR, the music was never the point.

The point was the paganism, the humor, and the meta-level wink.

As with all things metal, they were tapping into a deeper whiteness. (Someday I’ll get to that essay that argues metal to be a vehicle of sublimated white identity.)

Over the years, I saw the band a few times, and enjoyed each visit. Once, when I was in charge of a bachelor party, I started us off with the usual strip club thing, then eventually landed us all at a GWAR show.

Most of the attendees had no idea what to expect.

And they loved it.

With the passing of Brockie, GWAR is over.

They will be missed.