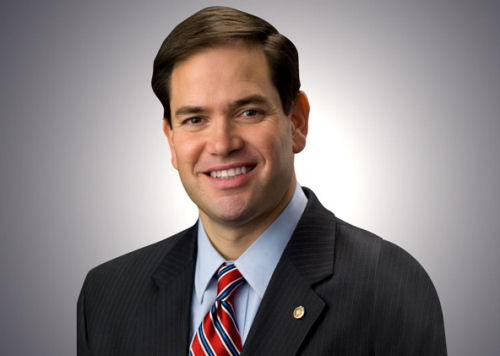 If there’s one thing Christ Christie has been useful for in the past year and a half, it has been to point out Polo’s penchant for pivoting any question to his canned 25-second talking point about Obama.

With his rhetoric of “growing the Republican Party” (translation: amnesty), Rubio is taking full advantage of his 15 minutes.

Breitbart (via AmRen) discusses the top achievements of Marco Polo:

Following Rick Santorum’s inability to name a single achievement of Sen. Marco Rubio, the media sought to answer the question for themselves. Yet many reporters appear to have come up empty handed…

(1) The Rubio-Schumer Gang of Eight Bill

The Washington Examiner’s Byron York has described the 2013 Rubio-Schumer bill as Rubio’s “signature accomplishment.” Although Santorum seemed reluctant to mention it, Rubio’s immigration bill is probably the first accomplishment that comes to mind when anyone thinks of Rubio’s very brief career in the U.S. Senate.

Should the defining moment happen, who will then question and analyze his Puppet-Masters?