Sean Penn Is Turning Into Moe

A) Getting old,
B) Needs to get a new stylist.

Here’s how he looked in a recent Al Jazeera interview: 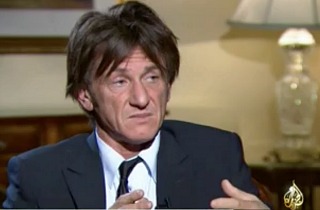 This entry was posted in Hollywood, Humor. Bookmark the permalink.