Here’s a lovely photo of 4 of the Religion-of-Peacers who, after taking over a Bangladeshi cafe, hacked to death over 20 people who couldn’t recite verses from the Koran:

Jihadist extremists hacked 20 people to death in a cafe in the Bangladeshi capital, Dhaka – sparing only those who could recite from the Koran – before they were gunned down by commandos.

They killed nine Italians, seven Japanese, an Indian, an American and two local men before elite commandos ended the 12-hour standoff by storming the cafe.

Six of the hostage-takers were killed and one was arrested.

Let’s see what next week brings! 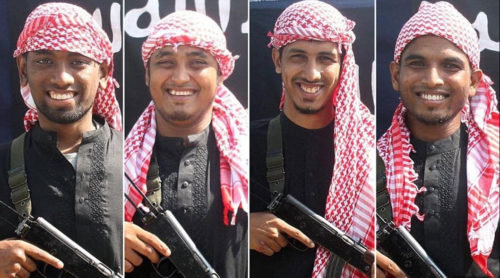 This entry was posted in Islam, War on Terror. Bookmark the permalink.