He pisses off Muslims.

And he’s one ugly motherfucker. 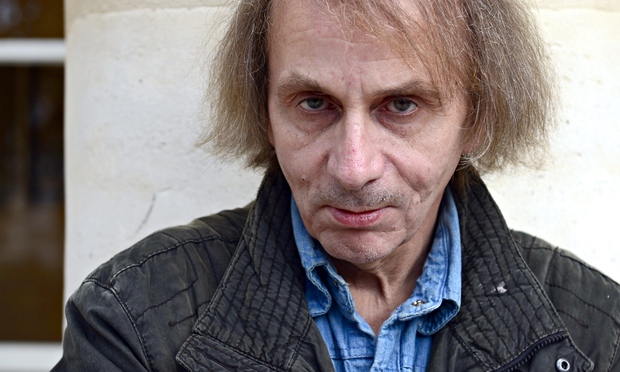 Michel Houllebecq is worth reading. Why? If for no other reason than how The Guardian describes him in their article on his upcoming novel:

Houllebecq is the most translated, and hence internationally renowned, of all France’s contemporary writers, but has been accused of racism, xenophobia and playing up to the media.

Award-winning French novelist Michel Houellebecq has sparked an outcry after it emerged that his new novel tells of France being run by a Muslim president.

In 2022, with the help of the French Socialist party and the centrists, Mohammed Ben Abbes defeats the far-right Front National and takes up residence at the Elysée Palace. The country is in turmoil.

Soumission (Submission), which will be published in the new year, will confirm Houellebecq’s reputation as one of France’s most provocative writers.

Even the title has been described as provocative, suggesting a translation of the word “Islam”, which in Arabic means submission to the will of Allah.

The narrator of the plot, described as a typical Houellebecq antihero, is a 44-year-old literary professor, who occasionally frequents prostitutes and is attracted by women half his age.

The novel suggests that despite record unpopularity, France’s Socialist president, François Hollande, clings on to power until 2022, but is eliminated in the first round of the presidential elections by a far-right Front National candidate and by Ben Abbes, representing the imaginary Muslim Fraternity party. With the support of the left, centre and the centre-right UMP party led by former president Nicolas Sarkozy, Abbes wins the election.

Something is brewing in the heart of Europe’s soul.

The next 10 years should be quite momentous for the history of Western Europe.

This entry was posted in Europe, Immigration, Literature. Bookmark the permalink.