I am endlessly fascinated with the philosophies of method acting, particularly when it attests to the supreme dedication an actor will place upon himself towards the service of a role.

From DeNiro’s 60-lb weight gain in Raging Bull (1980) to Christian Bale’s 63-lb weight loss for The Machinist (2004), the bar has been set continuously high in terms of an actor’s physical transformation.

Enter Jake Gyllenhaal, most recently seen as the conspicuously gaunt protagonist in Nightcrawler (2014). His next film will be Southpaw (no official release date yet), where he plays the boxer-on-path-of-redemption:

The transformation comes after he lost 30lbs last year to play sociopath Lou Bloom in Nightcrawler for which he has just a won a Spirit Award nomination.

The actor dropped the pounds with a strict calorie counting diet, he told Variety at the time.

‘I would try to eat as few calories as possible. I knew if I was hungry that I was in the right spot.’

But now he’s gone from one extreme to the other adding 15lb of muscle to his usual weight to play Billy ‘The Great Hope’ – a left handed boxer who stages a comeback from personal tragedy. 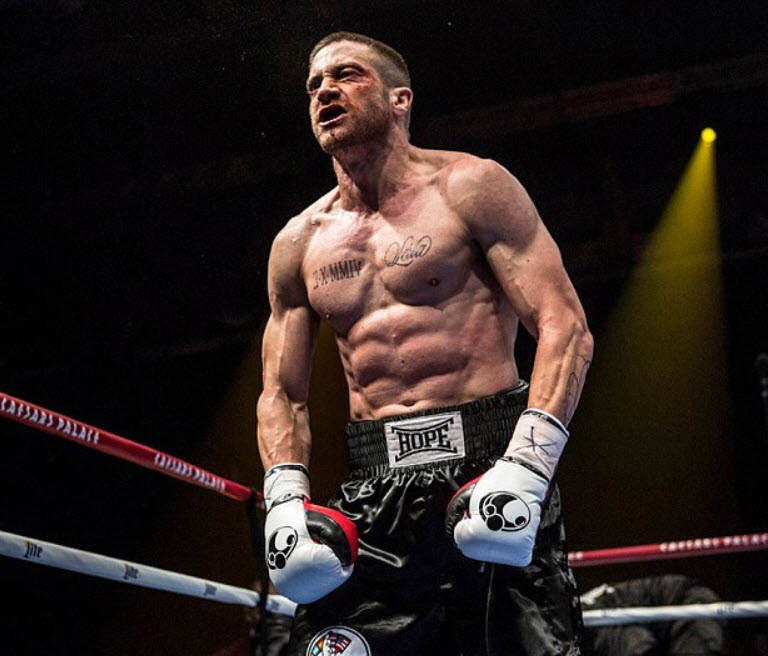 Best comment to the story: “His cowboy husband must have wanted him to take this role.”