Tales From The Crypt: Joe Lieberman

Joe Lieberman, who’s been AWOL from MSM appearances for years, comes out of the crypt to bemoan… the Iranian deal and how it hurts Israel. 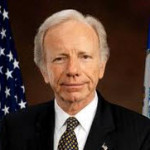 He popped up on Megyn Kelly’s show tonight, outta the blue. (Joe also trotted out a WaPo  op-ed on the Iran subject too.)

You could almost deduce that Mr. Lieberman:

B) Has an ethnocentric interest in promoting Israel’s state interests.

Lieberman met his first wife, Betty Haas, at the congressional office of Senator Abraham Ribicoff (D-CT), where they worked as summer student interns. They married in 1965 while Joe Lieberman was in law school. They had two children – Matt and Rebecca. Betty, who is also Jewish, later worked as a psychiatric social worker. In 1981, the couple divorced. When asked about the divorce in an interview with New York Magazine, Lieberman said, “one of the differences we had was in levels of religious observance“, adding, “I’m convinced if that was the only difference, we wouldn’t have gotten divorced.”

In 1982, he met his second wife, Hadassah Freilich Tucker, while he was running for Attorney General of Connecticut. Hadassah Lieberman’s parents were Holocaust survivors. According to Washington Jewish Week, Lieberman called her for a date because he thought it would be interesting to go out with someone named Hadassah. (Hadassah is the name of the Women’s Zionist Organization of America). Since March 2005, Hadassah Lieberman has worked for Hill & Knowlton, a lobbying firm based in New York City, as a senior counselor in its health and pharmaceuticals practice. She has held senior positions at the Hospital of Saint Raphael in New Haven, the American Committee for Shaare Zedek Medical Center in Jerusalem, Association of Public-Safety Communications Officials-International (APCO), Pfizer, National Research Council, Hoffmann-La Roche, and Lehman Brothers.

Joe and Hadassah Lieberman have a daughter, Hani. Lieberman also has a stepson from Hadassah’s previous marriage, Ethan Tucker. Lieberman’s son, Matt graduated from Yale University in 1989, and from Yale Law School in 1994. He is the former Head of School of Greenfield Hebrew Academy in Atlanta, GA. Rebecca, Lieberman’s daughter, graduated from Barnard College in 1991, and from the University of Pennsylvania Law School in 1997. She is married to Jacob Wisse. Ethan Tucker, son of Gordon Tucker, graduated from Harvard College in 1997 and received his rabbinic ordination from the Chief Rabbinate of Israel. Lieberman is also related to Disney Channel star Raviv Ullman of Phil of the Future.

Lieberman describes himself as an “observant” Jew. In 1965 he married Betty Haas, a Reform Jew. Since the death in 1967 of Lieberman’s grandmother, a deeply religious immigrant, he found renewed interest in religious observance. His second wife, Hadassah, is also an observant Modern Orthodox Jew. “Hadassah calls herself my right wing”, says Lieberman. In Lieberman’s 1988 upset of Republican Party incumbent Senator Lowell Weicker, his religious observance was mostly viewed in terms of inability to campaign on Shabbat…

Lieberman was a supporter of the Iraq War and has urged action against Iran. In July 2008, Lieberman spoke at the annual conference of Christians United for Israel (CUFI) then later, in July 2009, accepted from John Hagee CUFI’s “Defender of Israel Award”. Pastor Hagee, CUFI’s founder and leader, has made a number of controversial remarks, including a statement that the Catholic Church is “the great whore” and a suggestion that God sent Adolf Hitler to bring the Jews to Israel.

This entry was posted in International, Jewish, Middle East. Bookmark the permalink.