I’ve started reading Jean Raspail’s The Camp of the Saints (1973), and it truly is astonishing how prescient the novel is with respect to what is happening across Europe right now.

A central theme of the book is how unconditional altruism, and political correctness, rapidly lead to a loss of control of the immigrant situation. To this end, the book weaves-in the many ways pathological altruism leads to civilizational suicide, including major variables such as the complicity of the Catholic Church.

Whereas nations with healthy senses of racial consciousness (e.g., Hungary, Israel) are able to say ‘Halt!’, meek and weak indigenously White countries have lost the ability to do so: 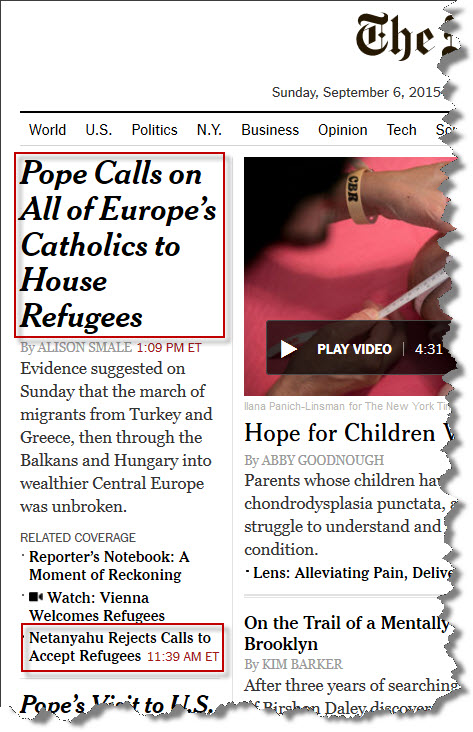 In Israel, they’re aggressively building (gasp) a fence along their border with Jordan. From AFP:

Jerusalem (AFP) – Prime Minister Benjamin Netanyahu on Sunday said he would not allow Israel to be “submerged” by refugees after calls for the Jewish state to take in those fleeing Syria’s war.

A day after Opposition leader Isaac Herzog called on the government to take in Syrian refugees, Prime Minister Benjamin Netanyahu went south to launch construction of the next section of a multi-billion shekel security fence along the border with Jordan aimed at preventing infiltration from the east.

Netanyahu, since returning to power in 2009, oversaw the construction of a similar fence from Kerem Shalom to Eilat along the Sinai border, as well as an enhanced security fence on the Golan Heights.

Netanyahu said that the world is witnessing today what happens when countries lose control of their borders. He said that the combination of brutal terrorism which is spreading along Israel’s borders, as well as illegal migrant workers and the complete loss of control in the face of the human tragedy in the region makes it imperative for Israel to have control over all of its borders.