Ever since Jeff Bezos bought WaPo, the newspaper is actually engaging in some improved journalism. From a piece titled “The heartbreaking moment a Kenyan girl is sold into marriage”. The photos accompanying the piece are startling.

In a village about 50 miles from Marigat in Baringo County, Kenya, among a tribe that practices genital mutilation as a rite of womanhood, a teenage girl is sold into an arranged marriage. Her price is 20 goats, 10 cows and a few camels, paid to her family over several weeks. And her reaction is heartbreaking.

Dressed in bright-colored clothes and ceremonial beads, she tries to escape, balling up a fist and kicking her bare feet from the ground when a man picks her up from behind and pulls her away from her home. The scene, which unfolded over the weekend in the Pokot tribe, was captured and described by Reuters photographer Siegfried Modola. His photos document a Pokot tradition in which parents give away their daughters, usually at the start of adolescence. The girls are sold for a dowry and married to men in the tribe…

Within the Pokot tribe, female circumcision is seen as a girl’s transition to womanhood. Although it’s now illegal in Kenya, the tribe still allows it and, in fact, forces all girls to do it before marriage. The practice is also known as female genital mutilation (FGM) and, in many countries, is considered a human rights violation. It can lead to severe bleeding, infections, infertility and death. Some 125 million girls and women in 29 countries in Africa and the Middle East have experienced it, according to the United Nations. 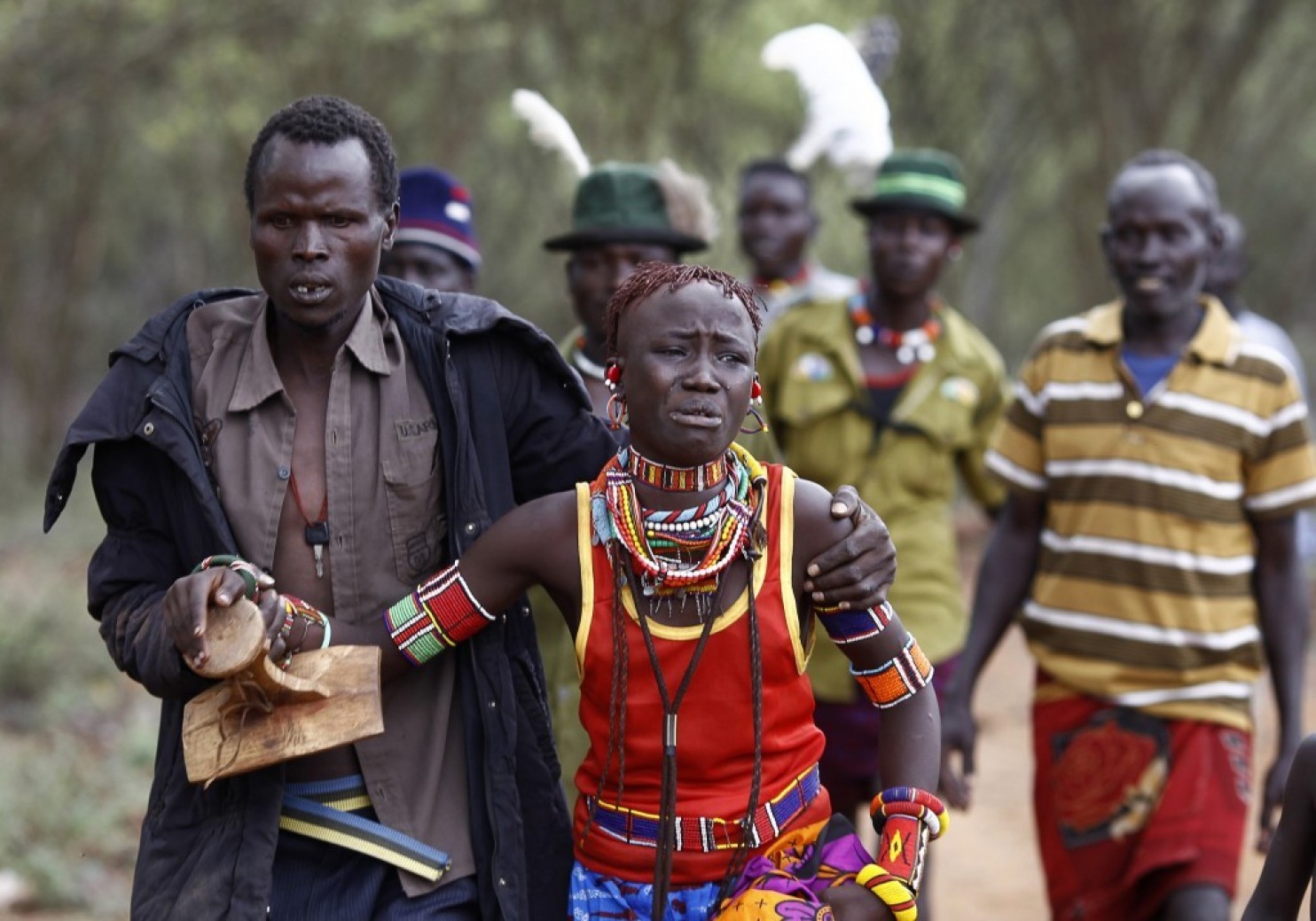 A man held on to a girl after she tried to escape when she realized she is to be married in Kenya on Dec. 7, 2014. (Siegfried Modola/Reuters)

This entry was posted in Africa. Bookmark the permalink.