It’s been a longstanding phenomenon, but the British are abandoning their classic pub culture. From the NYT: 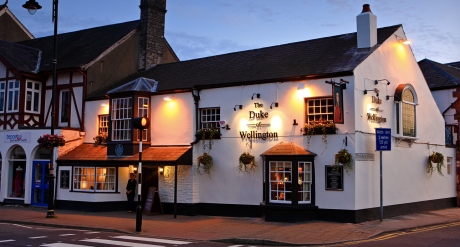 LONDON — One by one, the pubs are disappearing in Hampstead, a jewel-box village of cobbled lanes and Georgian homes that has become one of this city’s most fashionable neighborhoods. The Nags Head has become a realty office. The King of Bohemia is now a clothing shop. The Hare & Hounds has been replaced with an apartment building.

Changing economics and shifting tastes have claimed roughly one out of every five pubs during the last two decades in Britain, and things are growing worse. Since the 2008 financial crisis, 7,000 have shut, leaving some small communities confronting unthinkable: life without a “local,” as pubs are known.

It’s really sad to see this.

Perhaps I’m over-romanticizing it, but the image of the British pub is, to this Yank, the image of Britain’s working class soul. 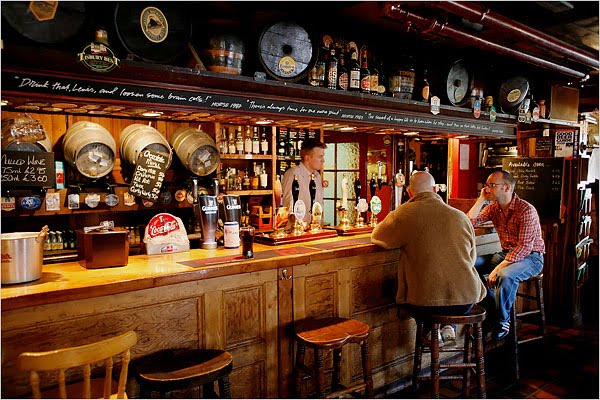 Six years ago, on a trip through the U.K., I found that every town would have at least one grand ole pub, centuries old, with an inn upstairs and a bar/pub downstairs. Often, they had ‘publick house’ under the Pub/Inn’s name, indicating to travelers and wayfarers that the establishment is not a private, member-only establishment, but is open to anyone. I used these places often for lodging. Ubiquitous and delicious steak pies became my dish-of-the-trip, variations of this pub grub staple being available at just about every pub.

There’s a whimsy & creativity to pub names themselves, which itself acts as a wonderful cultural anthology.

From the NYT article:

One battleground here in Hampstead is at the Old White Bear. A handsome, two-chimney building of red brick, the Bear has occupied its spot on Well Road for three centuries. Peter O’Toole, it is said, had to be carried out occasionally in his younger, wilder days. Elizabeth Taylor, who was born in Hampstead, and Richard Burton, who owned a home here, were also visitors, patrons say. Recent guests are said to include Boy George and Liam Gallagher.

But after the Old White Bear was bought by a group of developers through a company on the Isle of Man, 2,000 people signed a petition to save the pub. The Bear has been declared an asset of community value, and the local council has so far refused permission to turn it into a six-bedroom house. Even so, the pub closed on Feb. 2. With the developers determined to fight, the Bear’s future is uncertain

Guy Wingate, a longtime patron, pointed to Hampstead’s fallen locals. While the village has other pubs, the Old White Bear, he said, had become the center of his community.

“You rip the heart out of that, and we’re either all going to wander the streets like zombies or stay indoors and not see each other ever again,” Mr. Wingate said over coffee at Cafe Rouge, which used to be the Bird in Hand.

The last night of the Old White Bear, a patron was carried in on the shoulders of six staff members. A bartender mimicked an air raid siren. A Husky dozed on the floor. There were speeches and toasts. Jennie Smith, smoking outside, said that she and another regular — her chocolate Labrador, Bentley — were devastated. Bentley had stopped by earlier for a bit of roast beef. As the crowd spilled through the rooms, another patron rose to recite an ode to the Old White Bear.

“Let’s be brave, let’s be bold, let’s believe in this White Bear of old,” he said. “Raise a glass and say, we close tonight, to return another day.”

This entry was posted in Culture, UK. Bookmark the permalink.