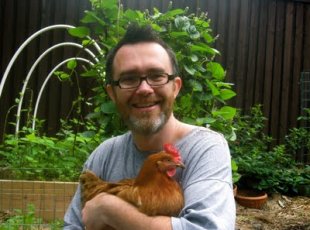 A fun game is to spot the implicit whiteness in Rod Dreher’s various BenOp recommendations, which isn’t all that hard to do. (Locations and/or activities that are comprised almost entirely of whites tend to be relatively peaceful, well-functioning, and high-trust, hence contain high levels of social capital).

For example, upon visiting the Bruderhof community in rural NY, Rod was positively ecstatic. But all indications point to Bruderhof not being very diverse. (Rod gets irate when people call him out on this.)

In his recent piece “‘Great Awokening’: A New Religious War”, Rod excitedly points to another BenOp institution with great potential, the school where his kids attend:

I urge you to consider seeding efforts to found new institutions within which the traditional scholarly life can endure this new Dark Age… When I tell people about what the classical Christian school my kids attend, Sequitur Classical Academy, is able to do despite the fact that it operates on a shoestring budget, they can hardly believe it. Just think what Sequitur could accomplish if it had donors? Our little school has 150 or so kids — ordinary kids, not a gifted-and-talented superschool population — who are being taught the Western humanities tradition, from the Greeks and the Romans down through the ages.

Yes, the success of Sequitur has nothing – nothing, I tell ‘ya – to do with the overwhelming whiteness of both the faculty and the student body. (As with Bruderhof, I can find no information at the Sequitur site, or elsewhere online, discussing the institution’s demographics. However, pictures are worth a thousand words. Photos of the boys’ uniforms — khaki pants & white shirts – could pass for a 2017 Alt-Right rally.) This looks, and sounds, like a Non-Sequitur to me.

Repeatedly, Rod will occasionally dip his toes into the water, but then quickly retreats to the banalities and pathological altruism of unreconstructed late Christianity. As such, he is a wonderful barometer of the Death of the West.

This entry was posted in Christianity, Death of the West, White Identity. Bookmark the permalink.