The Organizer: Public is Too Dumb To See His Brilliance

In addition to his “The Party that Gave Herman Cain and Ben Carson notable Voting Blocs are Racist for Liking Donald Trump” comments, The Organizer lectures the NPR audience (his built-in constituency!) that the public only sees his ISIS strategy as a failure because… they don’t understand how sophisticated and successful it really is.

Just like Obamacare, when he had to speak 200x a week to ‘explain’ to rubes like us how brilliant and utopian the ACA would, in fact, be: 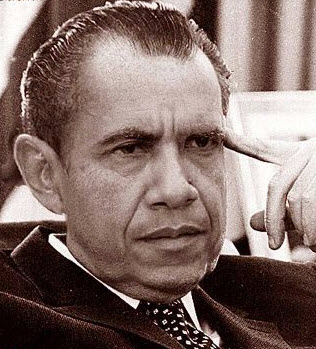 In an interview with NPR’s Steve Inskeep, President Barack Obama said the reason why Americans fear ISIS is because the media is playing up the threat for higher ratings.

Inskeep pointed out that polls show that most Americans disapprove of Obama’s handling of ISIS. “Well, I think what’s fair is that post-Paris you had a saturation of news about the horrible attack there. And ISIL combines viciousness with very savvy media operations,” the president said.

“And as a consequence, if you’ve been watching television for the last month, all you have been seeing, all you have been hearing about is these guys with masks or black flags who are potentially coming to get you,” he said. “And so I understand why people are concerned about it…”

“You referred to ISIL’s sophisticated media operation and also referred to what Americans are seeing in the American media,” Inskeep said. “Are you suggesting that the media are being played in a sense here?”

“Look, the media is pursuing ratings,” Obama said. “This is a legitimate news story. I think that, you know, it’s up to the media to make a determination about how they want to cover things.”

It truly is remarkable just how out of touch this guy is.

Sidenote: I finally get the pleasure of seeing what the insufferably smarmy Steve Inskeep looks like. Oh joy. I always imagined he was 60+ with white hair.

This entry was posted in Democrat Party, MSM. Bookmark the permalink.