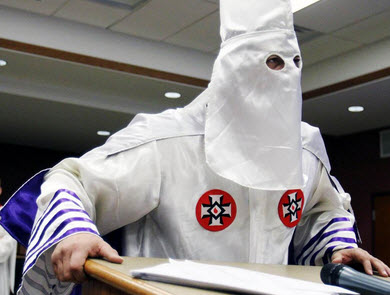 President Barack Obama wants people in North Carolina to vote for Hillary Clinton, so he’s warning them that Donald Trump would tolerate the support of the Klu Klux Klan if he’s elected president.

“If you accept the support of Klan sympathizers — the Klan — and hesitate when asked about that support, then you’ll tolerate that support when you’re in office,” he said.

BO has b.o…. and reaks of fear and desperation.