The Pig Painting is back:

According to a report, the Congressional Black Caucus (CBC) intends to sponsor a ceremony in the U.S. Capital to re-hang the offensive, anti-cop painting depicting police as pigs. Members of the Caucus are insisting that they are “defending the Constitution” by re-hanging the controversial artwork.

And no one in the Democratic Party (especially if they are white) will protest.

This is the what the Democratic Party has become… a corollary — nay, almost a doppleganger — of extremist P.C. campus culture. 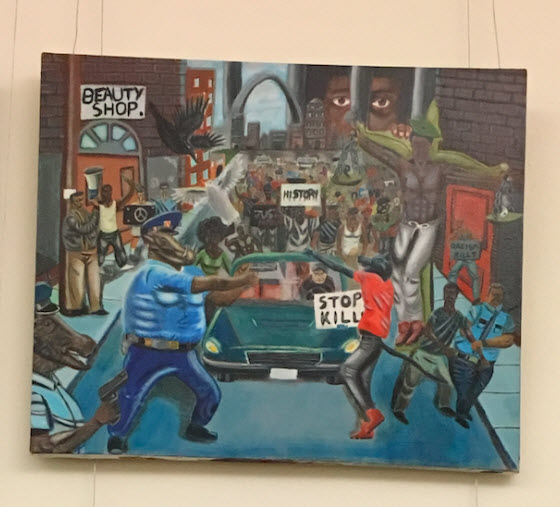