I watched The Source Family documentary the other day. Great stuff. It’s about a cult in L.A. circa 1970, their lead being a charismatic type called ‘Father Yod‘, who founded The Source restaurant (one of the first ‘health food’ restaurants in the country) and some other eateries, and put out mediocre hard psych style music, with Father Yod himself on vocals.

I can’t believe I had never heard of these guys.

*Now* I know why Woody Allen did that scene in Annie Hall where he (the New Yorker) reluctantly visits L.A., which he hates. He visits a Source-like ‘health food’ restaurant and orders something like “the alfalfa sprouts with a side of yeast.” 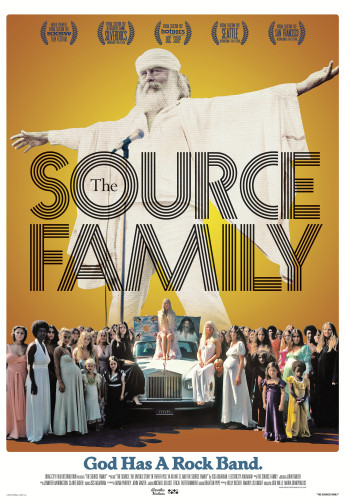 The whole progression of “Father Yod” is absolutely fascinating, especially when viewed through the lens of sociology of religion, and how a cult/religion gets started. He went through all the classic moves of the ‘charismatic personality’. I cracked up at the “sacred plant” stuff and especially when it got to the inevitable “I need to sleep with more than one woman” phase.

The bizarre circumstances of his death, the almost suicidal intentionality behind it, was most compelling. While there were only still-photographs associated with that day, they play some of the recorded audio. Hearing his zonked-out followers wailing and offering incomprehensible, hair-brained ideas to save him was… sad and fascinating.

This entry was posted in Cults, Film. Bookmark the permalink.