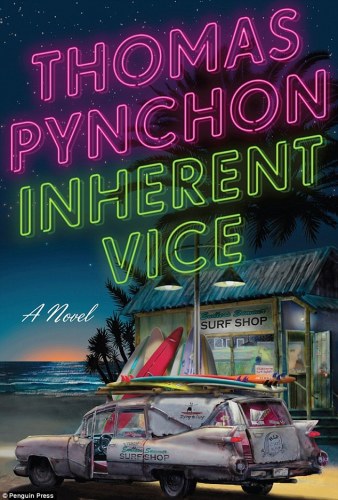 The official trailer for P.T. Anderson’s upcoming movie Inherent Vice is out. Being a noir fanatic, I read the Thomas Pynchon novel last year and loved it.

It’s the dreamscape of what we imagine Los Angeles once was, and might still be, somewhere — the moody noir conspiracies; the wacky excesses found in the Hollywood Hills; the stoner beach bum aesthetic.

“Was it possible, that at every gathering — concert, peace rally, love-in, be-in, and freak-in, here, up north, back East, wherever — those dark crews had been busy all along, reclaiming the music, the resistance to power, the sexual desire from epic to everyday, all they could sweep up, for the ancient forces of greed and fear?”

The book’s epigraph is the classic situationist slogan, “Under the paving-stones, the beach!”

This entry was posted in Film, Film Noir, Literature. Bookmark the permalink.