Trump: At the Intersection of White Identity Politics

In a far-reaching, albeit contrarian editorial written by Ben Domenech in August, the issue of Trump and white identity politics is discussed (“Are Republicans For Freedom Or White Identity Politics?”): 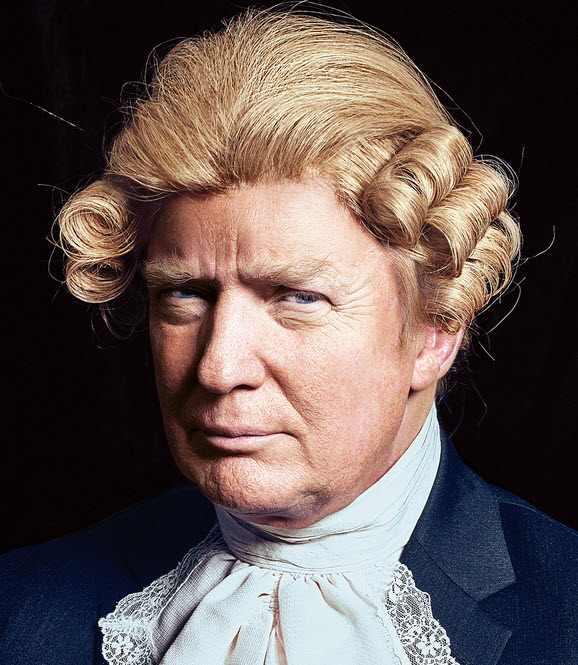 Now that we have had time to observe the Donald Trump phenomenon, there is enough evidence to make a clear assessment of what it represents. The rise of Trump is an epic expression of frustration with the American political system, and it is a natural outgrowth of frustrations with America’s changing demographics; the hollowing out of white working class values and culture, as Charles Murray has documented extensively; and what life is like when governed by the administrative state, where the president increasingly acts as a unilateral executive and elected representatives consistently ignore the people’s priorities.

Of the Donald Trump political phenomenon, Domenech is worried:

The phenomenon is real, and the danger Trump presents for the Republican Party is real. Even without winning the GOP nomination, which is still a remote possibility at best, his statements have tapped into a widespread anger that has the potential to transform the Republican Party in significant ways. Ultimately, Trump presents a choice for the Republican Party about which path to follow: a path toward a coalition that is broad, classically liberal, and consistent with the party’s history, or a path toward a coalition that is reduced to the narrow interests of identity politics for white people.

The Democratic Party, Domenech correctly notes, has became (particularly pointed in the case of the Obama Coalition) a Party that stresses an identity politics, grievance-driven, spoils system. On top of that ‘new norm’, the GOP establishment has been unnervingly inactive (e.g., Obamacare) when not downright collaborative (e.g., Gang of Eight.)

From this perspective, the Trump phenom is the inevitable reaction: the coalescence of a white identity politics.

What Trump represents is the potential for a significant shift in the Republican Party toward white identity politics for the American right, and toward a coalition more in keeping with the European right than with the American.

“Identity politics for white people” is not the same thing as “racism”, nor are the people who advocate for it necessarily racist, though of course the categories overlap. In fact, white identity politics was at one point the underlying trend for the majoritarian American cultural mainstream. But since the late 1960s, it has been transitioning in fits and starts into something more insular and distinct. Now, half a century later, the Trump moment very much illuminates its function as one interest group among many, as opposed to the background context for everything the nation does. The white American with the high-school education who works at the duck-feed factory in northern Indiana has as much right to advance his interest as anyone else. But that interest is now being redefined in very narrow terms, in opposition to the interests of other ethnic groups, and in a marked departure from the expansive view of the freedoms of a common humanity advanced by the Founders and Abraham Lincoln.

The issue of illegal immigration (and the flip side of the coin, national identity) is at the heart of the matter, a fact that Trump himself must never forget single-handedly led to his incredible surge this past summer.

Trump has seized upon the issue of immigration, where the stubborn, arrogant refusal of the political class to implement reforms the people demand – even to the point of enforcing equitably laws already on the books, but willfully ignored by the administrative state – has inflated the balloon on this issue to the point of popping. And Trump is just the man to pop it…

Essentially, a sizable portion of the country is saying, “We want to stop illegal immigration,” and both parties are telling them, in essence, “You’re not allowed to want that.” Left to fester long enough, this frustration has moved beyond the point of an ordinary, partisan political controversy and is moving toward a crisis of constitutional democracy, where the bipartisan political elite has decided that a basic function of nation-state governance is, in 21st century America, illegitimate.

Regarding illegal immigration, there’s this quite humorous understatement of the past 50 years:

Elite consensus indifference to public opinion has created a vacuum, and Trump’s entry into it has revealed the immigration split within the GOP to be deeper than previously understood.

Domenech doesn’t believe Trump will eventually win (though someone should ask him now, given we’re now heading towards 6 months after he wrote the piece, and the Trump Train hasn’t let up), but does see – and this is potentially important – Trump’s unprecedented ascent as a harbinger of the Europeanization of American politics:

Trump is very unlikely to prevail… The normal grievance-based white identity politics platform that promises protectionism, tariffs, infrastructure, subsidies, entitlements, and always blames the presence of immigrants for the creative destruction of the global marketplace, has consistently performed best in the GOP prior to any actual Republicans voting. But should his ideas prevail and win – or if, in the most extreme scenario, Trump were to sustain his path and take the Republican nomination – it would set America’s political path on a direction along the lines of what we have seen in democracies in Europe.

Consider what it would look like for America to follow the path of France, devolving toward a new two-party system which has on the one hand a center-left / technocratic party, full of elites with shared pedigrees of experience and education, and on the other a nativist right/populist party, which represents a constant reactive force to the dominant elite.

In France, the École Nationale d’Administration produces the political elite. In America, we have a more diversified but still as dominating leadership-class production system, with the same phenomenon and same problem of uniformity of elites exists regardless of party. The populists are not being irrational in perceiving that these guys are “all the same.” But their brand of conservatism is frequently xenophobic, anti-capitalist, vaguely militarist, pro-state, and consistently anti-Semitic. If you criticize Donald Trump, it is exactly the sort of hate mail you should expect to receive…

France is hardly alone in this experience – across Europe the rise of these populist movements, whether from the left or the right, have spread to Britain, Spain, Italy, and other nations. The European experience suggests that the burgeoning administrative state, whether run by putative leftists or putative rightists, engenders a reaction against itself.

In the U.S., the entire NYC-to-DC-Corridor — the incestuous media relationships and accompanying arrogance; the insularity of the dominant pundit class & political classes; and the revolving door of politician-cum-lobbyist — is our version of the École Nationale d’Administration.

Apart from Trump, the openly socialist Bernie Sanders is the only other candidate in this Presidential election cycle to generate excitement and hope among a throng of followers. (This is markedly less so for Ted Cruz.)

With Sanders it is primarily white, liberal, multiculturalism-is-great-spouting millennials and aging white Marxists. (It’s important to note that there is a subtext of protectionism and immigration-restriction in Bernie’s speechifying, albeit one that is quickly deflated with  his calls to bring in a gazillion Syrian ‘refugees’ and the like.)

With Trump it is older whites across the income spectrum, although The Cathedral (i.e., MSM + GOP, Inc.) fixates upon Charles Murray’s “Fishtown” contigent.

I think the idea of another exotica coming along anytime soon to rally the non-white vote the way The Organizer did is not in any ways immanent. The next c0uple of election cycles will be, largely, a battle over the soul of whites.

In any event, I still do not believe The Cathedral has correctly diagnosed what is going on in America right now. They, like Domenech, refuse to acknowledge any virtues and rationality to (implicitly) white identity politics.

As a final note, and to show how far off the mark the pundit class still is on the issue, nowhere in Domenech’s piece does one find the phrase ‘national identity’.