You can’t make this stuff up.

Articles like this are just too common now to warrant commenting on.

In Commentary, the Tribe (as channeled through James Kirchick) is fretting about “Trump’s Terrifying Online Brigades”:

“Free speech activist” is a curiously prevalent appellation on the medium of Twitter for members of the “alt-right,” short for “alternative right,” a populist movement that has been emboldened and bolstered by the fortunes of the Trump campaign. Existing largely on the Internet, which makes the size of its following difficult to gauge, the alt-right is proudly ethno-nationalist, protectionist, isolationist, and culturally traditionalist. It takes intellectual guidance from publications and websites like American Renaissance, Radix Journal, Occidental Observer, Taki’s Magazine, and, increasingly, the popular news website Breitbart.com…

Kirchick spends most of his time discussing one of Dark Enlightenment founders: Mencius Moldbug! Mencius is getting his props!

If the alt-right does have an intellectual forbear, it is a 43-year-old computer programmer named Curtis Yarvin. Along with fellow “neo-reactionary” thinker Nick Land (a former lecturer at the University of Warwick), Yarvin is the father of “The Dark Enlightenment.” This is a 21st-century, tech-friendly philosophy that, as its name implies, rejects democracy, egalitarianism, and the Whig interpretation of history. It is delineated in a 30,000-word pamphlet of the same name, written by Land and available for free on the Internet.

Yarvin’s contribution to the Dark Enlightenment oeuvre began in 2008 when, writing under the pen name “Mencius Moldbug,” he produced a series of long blog posts that eventually congealed into two separate treatises: An Open Letter to Open-Minded Progressives and A Gentle Introduction to Unqualified Reservations. Along with “The Dark Enlightenment,” these works can be seen as the foundational texts of neo-reactionary ideology.

The Dark Enlightenment tells a tale of constant societal decline and eventual civilizational collapse. Yarvin traces the inevitable downfall of humanity to the Protestant Reformation and the universalizing, reformist precepts of mainline Protestant Christianity. To Land, evil is synonymous with “universalism.” He sees it as a concept encompassing everything from Marxism to Reform Judaism to Sartrean existentialism and German Idealism. For Yarvin, the bogeyman is concentrated in what he terms “the Cathedral.” It is not so much a single institution as it is the sum of all institutions, from the academy to private foundations to the federal government, the media, and beyond. They are all part of the Cathedral in that they all accept, at least ostensibly, the fundamental precepts of the Enlightenment. Staffed by “Brahmins” who are all members of the “Inner Party” (the exclusive elite that ruled Oceania in 1984), the relentless work of the Cathedral creates a “feedback loop” not unlike the Gleichschaltung—the Nazi term for bringing all institutions under the thumb of the Reich. The ultimate result of the Cathedral’s work will be the destruction of Western civilization…

In Yarvin’s Hobbesian view, history is an unending game of Risk, and the only way to achieve the ideal political state is to destroy the current one and replace it with another. In his eyes, there is no reason to believe that the life of humans in the West in 2016 is at all superior to the way men used to live in 1788, the fateful year before the French Revolution, when everything started going to hell. “We have no reason to think that the political designs we have inherited from this tradition are useful in any way, shape, or form,” Yarvin writes of the Anglo-American political inheritance. “All we know is that they were more militarily successful than their competitors, which may well have been flawed in arbitrary other ways.” Yarvin is more explicit about the future of the American republic: “This thing is done. It is over. It is not fixable by any form of conventional politics. Either you want to keep it, or you want to throw it out. Any other political opinions you may have are irrelevant next to this choice.”… 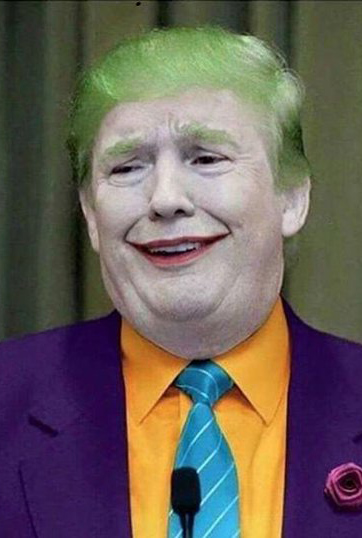 Kirchick proceeds to grossly mischaracterize aspects of the Alt-Right (“white supremacism”, etc.) before ending with a Trump-as-The-Joker analogy:

Trump and the alt-right want to break everything and watch the world burn, like Heath Ledger’s Joker in The Dark Knight, and they believe (hope?) that somehow everything will sort itself out…

What we are seeing here is a convergence of three phenomena: neo-reactionary philosophy, popular discontent, and a charismatic leader. Successful political movements need all three.

This entry was posted in Alt-Right, Dark Enlightenment. Bookmark the permalink.