The black ‘War on White Cops’ continues, as Deputy Darren Goforth, a (white) father of two, is murdered by a Dark Continent-er:

A lone suspect in the ‘cold-blooded assassination’ of a Texas sheriff’s deputy has been identified as Shannon J. Miles, 30, who will be charged with capital murder for allegedly gunning down the officer as he pumped gas, authorities said Saturday…

Goforth, a married father of two, was ambushed by the killer and never had a chance to fight back, police said.

“The deputy fell to ground,” Dep. Thomas Gilliland said in a morning press conference. “The suspect came over and shot the deputy again multiple times as he lay on the ground…

The killer’s motive is unknown, but local officials connected it to rising tensions between African-American communities and law enforcement following a stream of police brutality incidents and protests.

I’m anxiously awaiting the press conference that President Obama – who has instigated incidents like this — will surely have over this tragic event.

This story will be forgotten in less than a week. 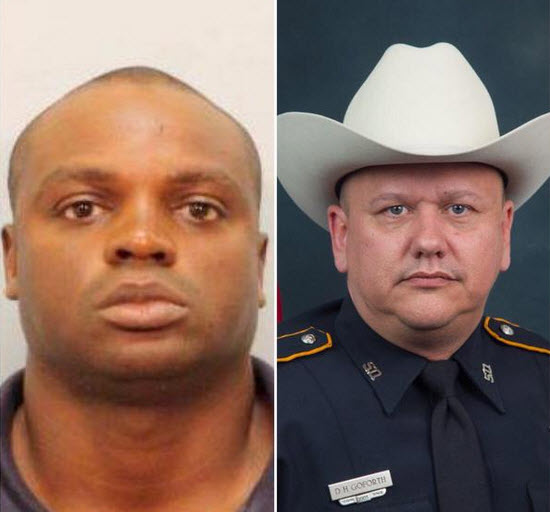 Guess the perp. Guess the victim.