About a year ago, Jessica Chambers was brutally murdered, in an unimaginably horrific manner:

[A] year ago, a tiny blonde ex-cheerleader named Jessica Chambers worked at Goody’s in Batesville. 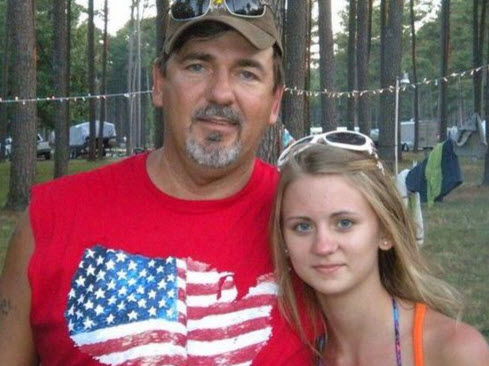 The sassy 19-year-old had a dog named Roscoe at the home she shared with her mom, and she was getting ready for Christmas — her favorite holiday. She was like so many other teenage girls.

Dec. 6, 2014, started off like a normal Saturday. After hanging out with friends, Jessica went to the store. She took a nap on the couch. Then she got a phone call and left her house for what would be the last time.

That night, Jessica died a gruesome death, leaving a crater in the world around her.

Just after 8 p.m., Chambers was doused with gasoline and set on fire in her car next to the gate of some private land on Herron Road, under several trees that still bear the burns from the heat of the flames. She got out of the car and was found on the road with burns over most of her body. She was able to give firefighters a name, but after interviewing more than 150 people, authorities still haven’t been able to pin it to a specific person.

Her car was burned beyond recognition, with any useful evidence that might have been inside destroyed.

She lived a few more hours, long enough for her family to tell her goodbye. Jessica’s mother, Lisa Daugherty, said she was on a ventilator, unconscious and clinging to life until Daugherty told her everyone was there and she could go if she was in pain.

So, in summary, some person or persons stopped Jessica in her car, doused her in gasoline as she sat in her car, and then proceeded to set Jessica on fire.

After what must have been agonizing pain, Jessica died from severe burns that covered 98 percent of her body.

If it was one individual who perpetrated this horrific crime, we might be able to chalk it up to a deranged psychotic. If, however, multiple persons were involved, one immediately begins to think of gang initiation, gangs gettin’ their kicks on, or — as with the horrific torture and murder of Channon Christian and Christopher Newsom — blacks embracing their natural propensity for collective tribal violence.

Well, there’s been a potential break in the case. While non of the 17 arrestees have been found directly connected to Jessica’s murder, it’s believed plea negotiations among these 17 Rhodes Scholars might lead to a break in the case:

Seventeen people have been charged in north Mississippi as a part of a major operation targeting suspected gang members called “Operation Bite Back,” officials said…

Panola County Sheriff Dennis Darby said Tuesday’s arrests are not directly related to Chambers’ death but to information gathered as authorities have interviewed more than 150 people and sorted through more than 20,000 phone records trying to find her killer…

Since it’s pretty difficult to discern the ethnicities of the above perps (is Mondarious a Swede? D’lirian a German? Dedrick an Irishman? Who can know such things?!), here’s a picture of 6 of them: 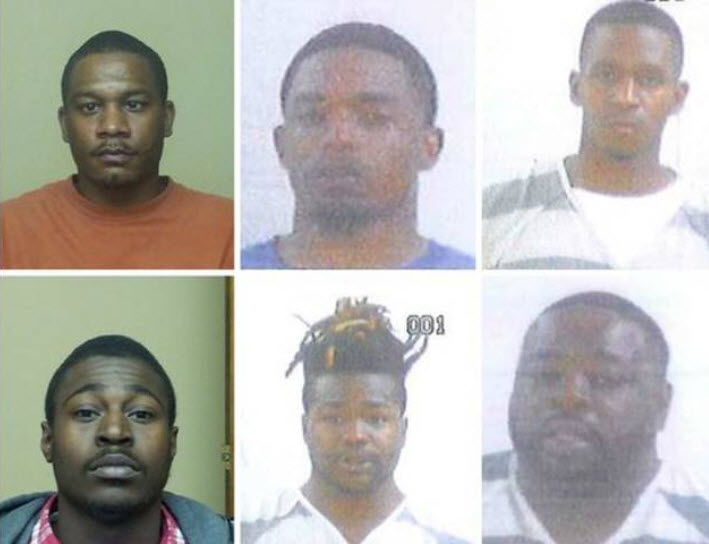 While People magazine did do a cover story on Jessica’s murder, the other media outlets (especiallly now that there appears a strong possibility blacks were involved in her murder)… eh, not so much.

So, the next time the MSM focuses on yet another ‘black male behaving badly’ who gets killed by a white cop, thing about Jessica, and why the MSM isn’t very interested in her story.

Her death doesn’t fit the narrative.