Baltimore: Birds of a Feather

Regarding the 16 year old, black, female Mayor of Baltimore, let’s see how journalistically interested the media is in getting to the bottom of this:

Despite a firm denial by Baltimore Mayor Stephanie Rawlings-Blake, a senior law enforcement source charges that she gave an order for police to stand down as riots broke out Monday night, raising more questions about whether some of the violence and looting could have been prevented.

The source, who is involved in the enforcement efforts, confirmed to Fox News there was a direct order from the mayor to her police chief Monday night, effectively tying the hands of officers as they were pelted with rocks and bottles.

Asked directly if the mayor was the one who gave that order, the source said: “You are God damn right it was.”

There must be something to this story, because:

A) Valerie Jarrett is in regular contact with Mayor Stephanie Rawlings-Blake.

B) The main page of NYT.com is doing double-time interference, complete with staged photo-op: 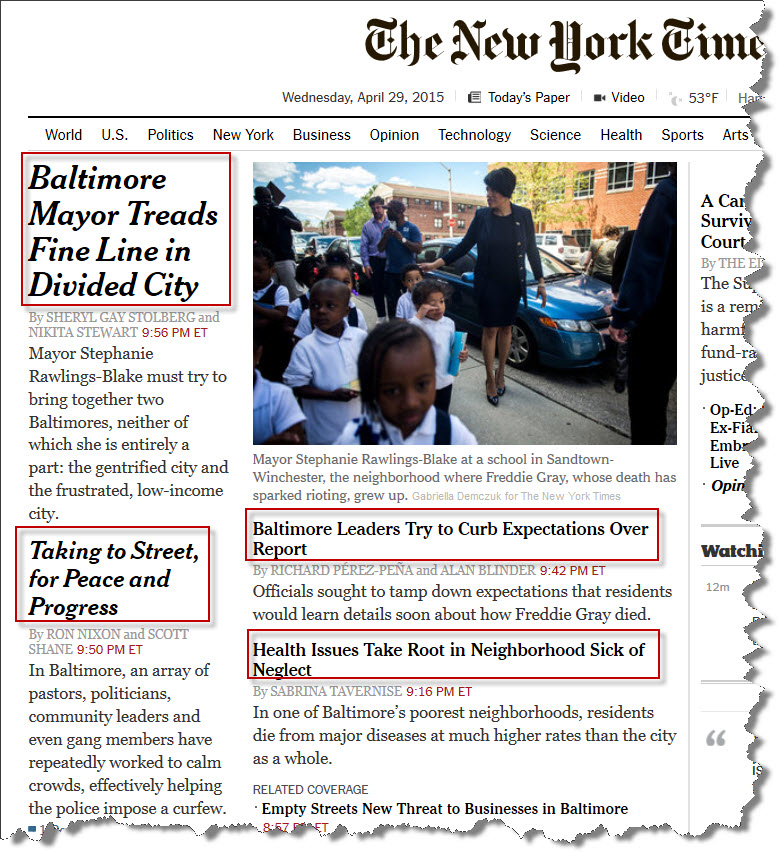 This entry was posted in Black, NYT. Bookmark the permalink.