One need not be a Christian, nor need one become a Christian, in order to appreciate the power of C.S. Lewis’ arguments against naturalism. The rigidness of the latter leads to philosophical antinomies and a certain metaphysical naivety. 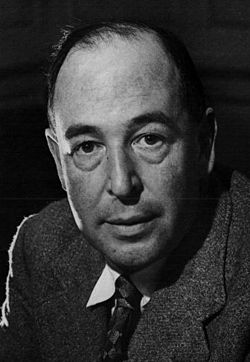 In his writings on naturalism, Lewis employed Kant’s “transcendental argument” to tease out the self-contradictions of the materialist and the wider-scoped naturalist position.

To see the power of Lewis’ straightforward, philosophical, essay style, and the similarities his argument against naturalism has with contemporary ‘New Mysterian‘ philosophers such as Thomas Nagel, Colin McGinn, and David Chalmers, check out his collection of philosophical essays in the book Miracles (particularly chapter 3 “The Cardinal Difficulty of Naturalism”), or read his very popular book The Screwtape Letters (1942).

The Screwtape Letters is an allegory of the foibles modern man faces with the spiritual abandonment that accompanies scientific reductionism. The novel is presented as a series of imaginary letters of instruction written by a higher demon (Screwtape) to his nephew, a junior demon. The letters instruct the young demon on how best to seduce mankind with illusory senses of scientific absolutism (and reductionism) as well as relativist historicism. That these two poles should be flip sides of the same coin, inextricably entwined end-points of a certain philosophical trajectory that has reached its respective limit in the mid 20th century, is exactly what comtemporary philosopher Hilary Putnam elsewhere concluded in his influential book Reason, History, and Truth. In The Screwtape Letters Lewis describes radical historicism thusly:

The Historical Point of View, put briefly, means that when a learned man is presented with any statement from an ancient author, the one question he never asks is whether it is true. He asks who influenced the ancient writer, and how far the statement is consistent with what he said in other books, and what phase in the writer’s development, or in the general history of thought, it illustrates… and so on.

In well-argued, philosophically tight essays, Lewis confronted scientific naturalism’s philosophical underpinnings. Lewis did not, of course, argue that science is ‘wrong’ but rather that certain phenomena are forever out of its reach. The arguments put forward, for example, in “The Cardinal Difficulty of Naturalism” echo those of Nagel and McGinn in philosophy of mind, namely, the intrinsic limitations of the physicalist, scientific worldview to sufficiently explain certain non-natural properties (e.g., qualia, consciousness).

Likewise, Lewis’s attempts to outline the limits of Neo-Darwinist attempts to explain ‘all-things-human’ mirror the related, albeit secularly-respectable, arguments taking place today against evolutionary epistemology and the very notion of a naturalized epistemology.

What Lewis is doing here is demonstrating how reductive physicalism ultimately (and necessarily) leads, rather ironically, to the unintended consequence of relativism.

Elsewhere, in his very brief URL on “Some Important Observations In C.S. Lewis’s Essay “Religion Without Dogma?””, Anderson summarizes Lewis’ anti-naturalist metaphysics (in the analytical-philosophy use of the term ‘metaphysics’) as:

Truth and Falsehood. C. S. Lewis points out that the relation of truth (or falsehood) that we take to hold between beliefs and the world is “wholly immaterial” (p. 146). This might be understood as an observation to the effect that truth is not a “natural” or a physical relation (like causation).  Like ethical notions it does not fit well into naturalism’s conceptual scheme.

Meaning.  Lewis observes that “meaning is a relation of a wholly new kind, as remote, as mysterious, as opaque to empirical study, as the soul itself.” (p. 146).  The point is that meaning is not a “natural” relation and so does not fit well into the naturalist ideology.

Anthony Kenny, in a recent TLS review of a couple of new books on C.S. Lewis, writes of:

… a famous occasion in 1948 in which Lewis debated, at the Oxford Socratic Club of which he was president, with a young Catholic philosopher, Elizabeth Anscombe. In his book Miracles, Lewis had attacked what he called “naturalism”, the thesis that there is nothing that exists that is not part of nature. He maintained that naturalism was self-refuting, since if it was true, any statement of it would be irrational. Predicates such as “true” and “rational” could not be attached to any thought or belief if it was simply the undesigned product of cerebral motions. Anscombe contended that Lewis’s argument involved a confusion between reasons and causes: if a weighing machine that spoke one’s weight said “you weigh fifteen stone”, that statement could well be true, even though produced entirely by mechanical causes.

According to Wilson, this incident signalled a major shift in Lewis’s outlook. Defeated in argument, he lost confidence in his ability as a rational apologist for religion, and accordingly shifted to the writing of Christian propaganda in fictional form. McGrath contests this interpretation, and indeed denies that the debate represented a serious intellectual defeat for Lewis. In rebuttal of the claim that the debate caused a shift in Lewis’s literary strategy, he can point to the three space-fiction novels already written before the debate, and he is surely right to claim that Wilson goes too far when he claims that the White Witch of Narnia was based on Anscombe. Nonetheless, the debate did show up the limits of Lewis’s philosophical talents, and as he later put it himself, Anscombe “obliterated me as an apologist”. He revised Miracles to take account of her argument, but he long bore a grudge against her. As a fellow Christian, he felt, she should have been standing shoulder to shoulder with him in the battle against naturalism, rather than making dents in his own armour…

There remains the argument that naturalism is self-refuting. Despite the rough handling that Lewis’s version of it received from Anscombe, versions of this argument remain popular among philosophers. And indeed there are signs that naturalism is collapsing under its own weight. Even self-proclaimed naturalists seem unable to give a clear account of it. Of course, the natural is contrasted with the supernatural; but that contrast by itself will not give us a non-circular account of nature.

At one time it seemed as if a robust and substantive naturalism could be easily stated. This was a conception that thought of the world as being made up of solid, inert, impenetrable and conserved matter – a matter that interacts deterministically and through contact. But twentieth-century physics posited entities and interactions that did not fit the materialist characterization of reality, and which took science far away from a world of solid, inert, massy material atoms.

Shall we identify naturalism, then, not by its ontology, but by its method? Methodological naturalism would be a commitment to employing in inquiry only the methods of the empirical sciences and mathematics. But this would surely be an unjustifiably dogmatic stance. In recent years, it seems, the armoury once deployed so confidently by atheists to demolish belief has been gradually decommissioned: verificationism, materialism, reductionism, physicalism. One is left wondering what is left of naturalism after all these weapons of mass deconstruction have been laid aside.

In a recent issue of The Spectator, Paul Johnson reviews a new biography of C.S. Lewis, concluding his review with:

[Lewis] deserves his lasting appeal, and for three reasons. First he was immensely well-read, delving into every corner of English literature with intelligence and sympathy, and squeezing from it moral qualities which had been hitherto unsuspected in many works. Second, he had an enviable clarity, so that his meaning, even when making rarefied distinctions, always leaps from the page. Thirdly, he had excellent judgment in both literature and theology, and combined them both in fascinating books which never condescend and are always a pleasure to read.

There’s more to Lewis than meets the eye, or for that matter, the mouth of fundamentalist materialists who too often dismiss analytical theology outright. His acute analytical sensibility was top-notch and warrants attention from non-believers (myself included.)

This entry was posted in Philosophy, Scientism. Bookmark the permalink.