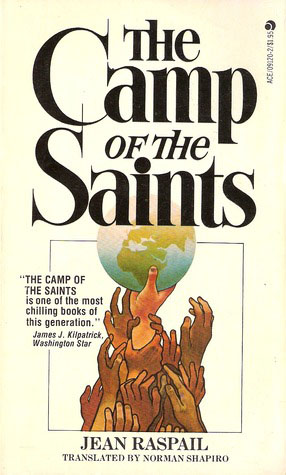 “Monsieur Machefer,” the minister replied, “your question is revolting! Do you ask a drowning man where he was going and why, before you pull him out of the water? Do you throw him back in if, assuming the worst, he admits he was swimming to your private beach to break into your cottage?”

“No, you pull him out and hand him over to the police,” Machefer answered. “With a million thieves pulled out of the water, how many police do you think you can muster?”

Monsieur Jean Orelle, the writer, beat an orderly retreat, as the minister in him came back to the fore:

“There’s no reason to suppose,” he said, “that the fleet will come anywhere near the coast of France, or even near Europe, for that matter. But assuming the possibility of such a hypothesis, and since nothing on earth could give us the right to stand in its way—even if we conceivably could—the government has decided, as it says here in the communiqué, to work out, with its Western partners, some kind of appropriate welcome, in a framework of international cooperation, to allow us, should the need arise, to share the burden of our generosity.”

This entry was posted in Death of the West, International, Literature. Bookmark the permalink.