Remember the Sistahs on Reading Edge, whom I previously wrote about here? They be looking for a payday, now. 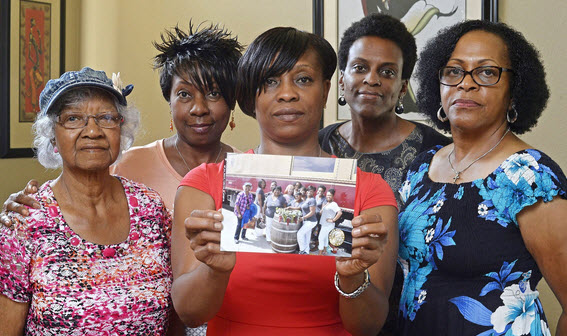 Members of a mostly African American book club, booted from the Napa Valley Wine Train in August after they were accused of being loud and boisterous, sued the train’s owners for racial discrimination Thursday, charging they were humiliated in front of other passengers and defamed on social media.

Two of the 11 women said the ordeal caused them to lose their jobs.

“Blacks are still being treated differently in America,” attorney Waukeen McCoy said at a news conference announcing the lawsuit, filed in federal court in San Francisco. It seeks $11 million in damages, $1 million for each of the plaintiffs — 10 African Americans and one white woman.

“I truly now know how it feels to be a black woman,” said the white plaintiff, Linda Carlson, 55, a mail carrier in Contra Costa County. Along with the rest of the group, she was escorted off the train, past rows of other passengers, and handed over to a waiting police officer.

Wait, why does the white woman get to be co-plaintiff in an racial discrimination suit? Am I missing something here?

And exactly how did this train incident ’cause’ two of the women (I’m betting not the white woman) to lose their jobs?

There’s a few new twists we learn in this article, that weren’t available in previous articles:

The women, members of a book club called Sistahs on the Reading Edge, boarded the train in Napa on Aug. 22 for their first round-trip through Wine Country. They said they were laughing and having a good time, occasionally chatting with other passengers, when a train manager, Anna Marquinn, approached and asked them to lower their voices.

Okay, they were asked to lower their voices by a train manager.

The women said Marquinn returned a little later and warned them they would be removed from the train if they didn’t pipe down.

Okay, they were warned a second time to lower their voices by a train manager. 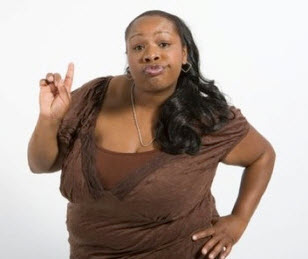 That’s usually enough for me to keep my voice low, but then, I’m not an angry black woman.

Book-club member Lisa Johnson, 47, a manager at a family service agency in Concord, said she told Marquinn they weren’t behaving any differently than other passengers and were being singled out because of their race. She said Marquinn denied any racist motives and identified herself as Latina…

Okay, the ‘racist’ train manager is herself Latina.

The train company refunded their $62 fares and provided a van to take them back to Napa. But the women were angered when someone from the company posted an account on Facebook that accused them of “verbal and physical abuse toward other guests and staff.”

Okay, the train company didn’t leave them hanging on the train platform, as previous articles about this horrific racist incident may have implied, but gave them full refunds and a van ride presumably back to their cars or hotel.

And about that FB post the company mad, this current article (or, the Johnny Cochran type lawyer the Sistahs have hired) implies it is connected to how two of the Sistahs lost their jobs:

The company quickly deleted the posting, but it had been widely circulated and generated many hostile comments on social media, McCoy said. As a result, he asserted, two of the plaintiffs lost their jobs — Allisa Carr, 48, of Antioch, a manager at a local bank, and Debbie Reynolds, 49, also of Antioch, a hospital nurse.

McCoy and the two women declined to discuss the dismissals or say whether their employers had mentioned the train incident. But the attorney said news of their removal had traveled quickly, and “we don’t think it was a coincidence” that they were terminated soon afterward.

So, the two women in question are ‘declining to discuss the dismissals or whether their employers had mentioned the train incident’.

I read that to mean: their dismissals had nothing to do with the train incident.

If I was a betting man, I’d say their ‘trauma’ from the incident ‘prevented’ them from showing up to work for extended lengths of time.

In any event, the seriousness of this traumatic, racist, historic, outrageous incident cannot be minimized:

The Rev. Amos Brown, chairman of the NAACP in San Francisco, said at the news conference that the incident should puncture the myth that “California is liberal and progressive.”

“It is worse than some of the Southern states,” Brown said.

I had to chuckle at this line:

Carlson said the publicity led to a heartbreaking moment when her 5-year-old granddaughter, who had heard media reports, told her, “You were being very disrespectful to those people on the train.”

Well, maybe there is hope for some future generation of blacks.