This one is lengthy but packs a comedic punch. It’s time to play ‘Count the Stereotypes’! From the Detroit Free Press:

A California man who lured a Detroit teen from home last year, made her perform sex acts near the Detroit Jazz Festival and then forced her into interstate prostitution accepted a plea deal this month, federal court documents revealed. 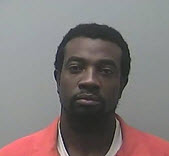 According to the federal complaint filed by Homeland Security Investigations Special Agent Ted Wolters, Keys lured the girl, who was 16 at the time, from her home and forced her into prostitution. She disappeared Aug. 14, 2014. Detroit police issued a missing-person alert for the girl. The complaint identifies her only as Minor Victim One or MV-1.

The 18-page federal complaint states that Keys initially did not know the girl’s real age or name until he saw a TV news report about her missing. But even when he discovered her age, he moved forward with his plan to force her into prostitution.

The girl told police that she went to the Detroit Jazz Festival last August with Keys and stayed in a tent with him. It’s not clear how they met…

Keys told the girl he wanted to return to California via Minnesota and asked her to go with him, according to the complaint.

“Stac A Dollar knew that MV-1 (the girl) was 16 and he told her that they could make a lot of money if she performed commercial sex dates as he had done this before with a girl in California,” Wolters wrote in the complaint. “Stac A Dollar told MV-1 that they needed to make their way to Minnesota and move state to state, eventually making their way to California while keeping her hidden until she turned 18.”

While she was missing, she stayed with several people, including Keys and his cousin, whom he made the girl perform a sex act on.

“MV-1 overheard Stac A Dollar call his cousin and said that he has got a girl who is selling and asked if he wanted to come over,” Wolters wrote…

“At the Jazz Fest, Stac A Dollar told MV-1 that she needed to make some money in order for them to leave Michigan, meaning prostitute herself out,” Wolters wrote.

Keys then forced the girl to perform sex acts and meet several johns near the Jazz Fest and in the tent that he arranged for them to stay in. He took the money she received to buy Mega Bus tickets for both of them to get to Minnesota.

“When they arrived in Minnesota, MV-1 stated that Stac A Dollar didn’t want people to recognize her and for her to look nice to get more ‘johns,’ so he got her a wig and had her nails done,” Wolters wrote.

Keys told her that he was going to create a profile of her on an iPhone app so that she could make more money by prostituting. He posted several naked photos of the girl and images of various sex acts.

Police later received a federal search warrant for his Facebook page and discovered numerous conversations between Keys and other Facebook users who stated in graphic detail that they were interested in having sex with the girl.

Keys sent photos depicting the girl performing different sexual acts to men to some of the site’s users. In some of the conversations, Keys lied and said the girl was 19.

On Aug. 30, the girl attempted to call her mother from a phone that authorities traced back to Keys. Authorities discovered he had a profile,”mrinurtown4danight,” on the social networking website Mocospace. According to the complaint, Keys has had run ins with the law before and has had multiple arrests and convictions in California, Nevada and in Michigan’s Midland County. Keys was also a documented member of the Crip street gang.