Diana West on how “A Nation’s Attempt to Survive Isn’t ‘Racism’“:

It may surprise some Americans to learn that almost one-quarter of the people living in Switzerland are foreigners. Even so, just over 50 percent voted last month to cap immigration, which, unchecked, could leave indigenous Swiss a minority in 50 years. Newsweek’s headline over the story was typical: “Switzerland’s Sudden Fear of Immigrants.”

Fear. Immigrants. The German publication Spiegel Online wrote also about “scaremongering.” The enlightened reader’s thought-bubble is now supposed to register the word “racism.” But was it really “fear of immigrants” – read: “racism” – that drove sufficient numbers of Swiss to the polls to check their own demographic extinction as a recognizable culture and nation-state? Or was it a nearly anachronistic instinct to survive as a recognizable culture and nation-state?

I see it as the instinct to survive – and applaud the Swiss for deciding to limit the influx of Europeans, Slavs, Muslims, Africans and others, whose demographic waves are otherwise sure to transform indigenous Swiss culture into a global multiculture. I also envy them for mustering this basic vital sign, this narrow-edged popular will to control their own borders. It is something that has all but flat-lined in America, where capping immigration – let alone halting it to attempt some measure of assimilation and economic resuscitation – is not even a part of the political debate…

… If we consider the typical reaction to the recent Swiss vote – denigration of a nation’s survival instinct as a primitive expression of fear and racism – we will recognize the mechanism of our own demise: silence and retreat in the face of endless recrimination and grievance-mongering. What a way to lose a country.

And what a way to lose a world – the “Western” world, where this same pattern repeats almost everywhere. The demographics of The Hague, Netherlands, for example, are not too dissimilar from those in California. As in other major Dutch cities, about half of the people living there are from another country, with non-Western immigrants, mainly Muslim and often Moroccan, making up over one-third of the population. That non-Western figure approaches the halfway mark in the under-21 demographic. Short of a sharp reversal and coupled with high rates of Dutch out-migration, it becomes highly unlikely that the future of the Dutch seat of government will be Dutch. 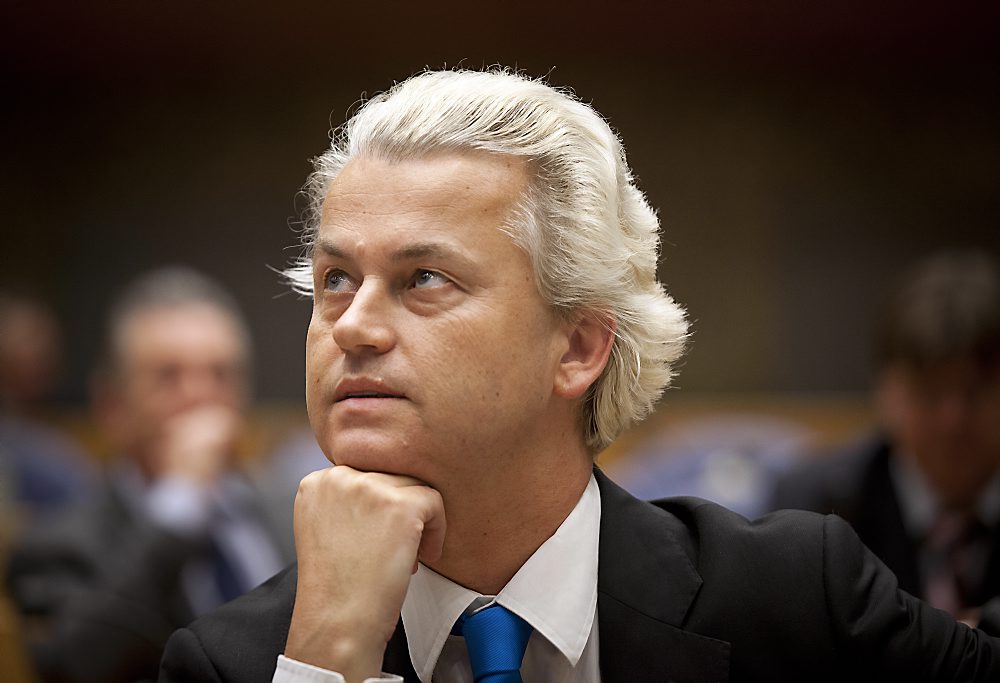 Is it “fear” and “scaremongering” to point this out? Is it “racism” to oppose the demographic obliteration of a nation clearly under way? According to what is aptly described as the Dutch establishment – from the prime minister, leading mayors, Dutch media, plus, quite shockingly, the U.S. ambassador, who, in a break with diplomatic etiquette, has publicly commented on Dutch affairs – the answer to both questions is yes. This past week has seen yet another public hate campaign by this establishment to smear, demonize and thus neutralize the one Dutch party that opposes the nation’s suicide – the Party for Freedom led by Geert Wilders.

… For now, it’s worth noting that the Dutch are lucky. With the steadfast and brilliant Wilders leading a popular movement, at least they have a chance to survive.