The P.C. Police are the new Boss Hogg.

From The Hollywood Reporter: 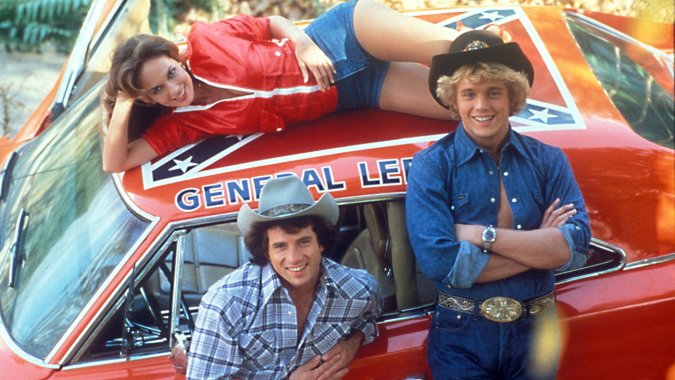 TV Land has pulled reruns of Dukes of Hazzard in light of the recent uproar over the Confederate flag, which is emblazoned on the roof of the show’s iconic General Lee 1969 Dodge Charger, The Hollywood Reporter has confirmed.

The show has faced criticism over the depiction of the controversial flag in the wake of the June 17 shooting in Charleston, S.C., that left nine dead, and what many viewed as South Carolina’s delayed decision to take the flag down.

“The show has faced criticism”? From whom? A handful of micro-aggression-trigger-happy nuts, increasingly emboldened by the day with insane capitulation like this? And for that we will try to revise or erase television history?

Where does this madness end?

We’re full swing into an era of New McCarthyism.

This entry was posted in Political Correctness, TV. Bookmark the permalink.