A Leftie put up this fascinating electoral map, which highlights racial aspects of Tuesday’s vote. The ongoing racialization of politics experienced a mega-injection of collective white identity politics on Tues, with the results being quintessential Sailer Strategy stuff. The numbers here, and the map optics of these numbers, are astonishing: 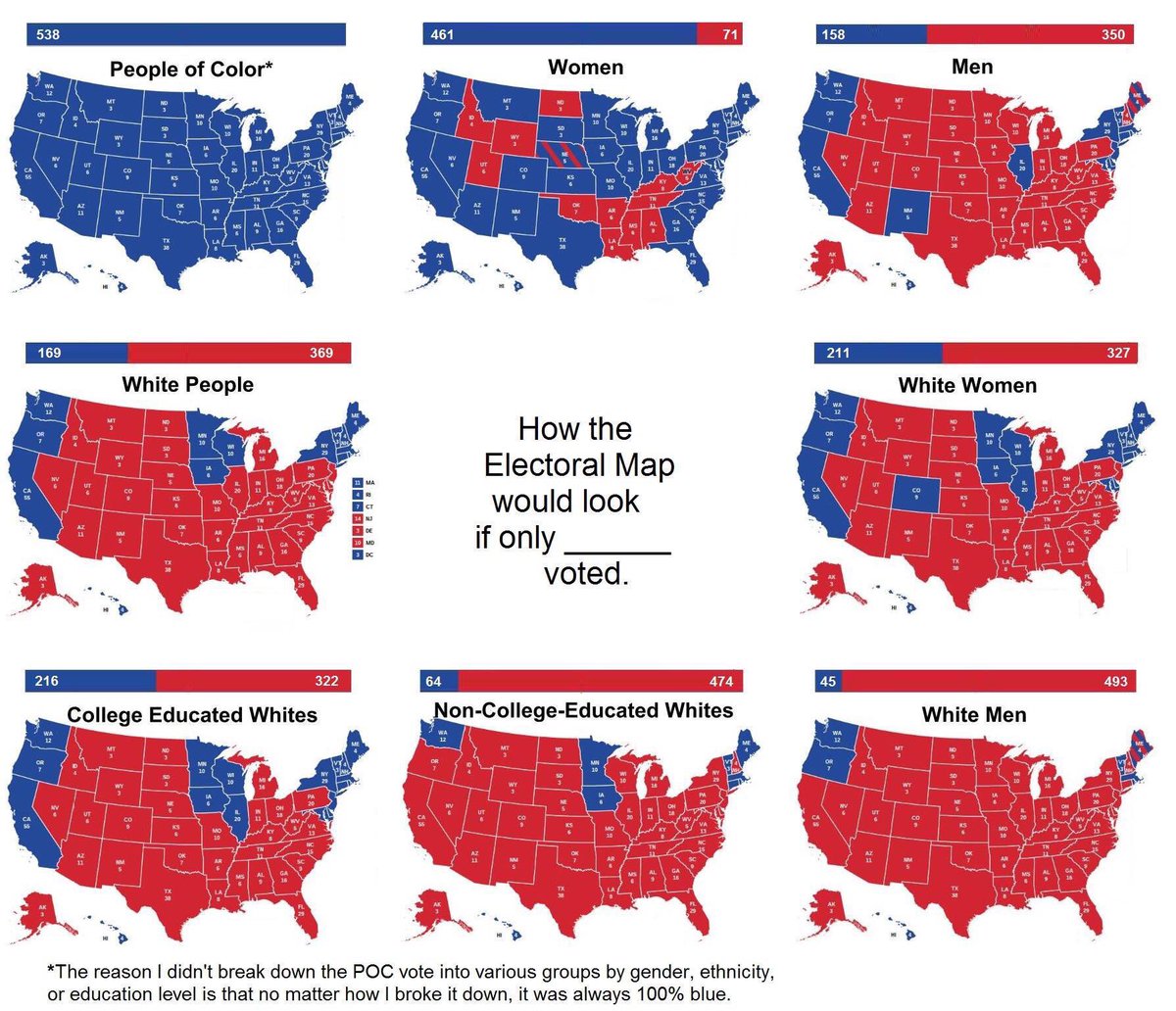 There are many things one can infer from this data, namely, A) if the electorate was comprised of 1980 levels, Trump would have won in a landslide, and B) as America increasingly becomes non-white, it move the nation further leftward (into an increasingly radical Democratic Party platform.)

This entry was posted in National, Politics. Bookmark the permalink.