I swear I thought this story was some sort of belated April Fool’s Joke, but it’s a sign of the times and demonstrates how incredibly pervasive Political Correctness is: 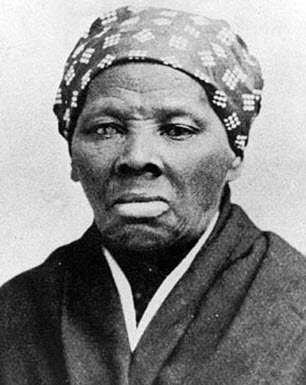 “Today, I’m excited to announce that for the first time in more than a century, the front of our currency will feature the portrait of a woman, Harriet Tubman, on the $20 note,” Treasury Secretary Jack Lew told reporters during a conference call Wednesday afternoon. “Her incredible story of courage and commitment to equality embody the ideals of democracy that our nation celebrates, and we’ll continue to value her legacy by honoring her on our currency.”

Lew rolled out sweeping changes that will put a new cast of historic figures onto various bills that have remained largely static for decades. Leaders of the women’s suffrage movement will make their way onto the back of the $10 bill, while civil rights era leaders and other important moments in American history will be incorporated into the $5 bill. Jackson will be kicked to the back of the $20 bill.

There seems to be a continuous process of erasure of our Founding Fathers from public displays and, now, our nation’s currency. This erasure is justified, in SJW eyes, by virtue of the Founding Fathers being white Anglo Saxon males, some of whom owned slaves.

In The American Conservative, Suzanne Sherman has a piece titled “Will History Only Remember the Founders as Slaveowners?”:

Last year, I decided to take my teenage sons on a trip across the country. We traveled in our motor home, starting in our home state of Utah, visiting sites of historic significance along the way. I am not a historian, but on this trip I discovered that left-leaning benefactors doling out large grants have ensured that visitors are presented with a version of history driven by political correctness—all while ignoring the essential contributions that the American founders made to our Constitution and founding ideals. 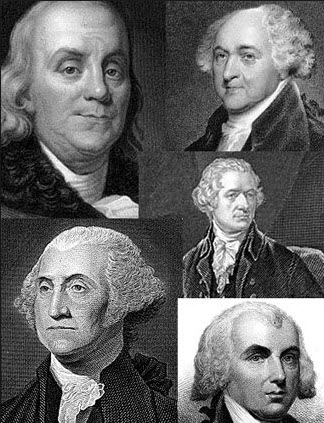 Two weeks into our journey, we arrived at Thomas Jefferson’s Monticello. In front of the ticket office was a sandwich board display advertising a smartphone app called “Slave Life at Monticello.” The goal of the tour and experience was an attempt to divert attention from the man who owned this property, one of America’s Founding Fathers, to slavery. The docent leading the tour of the house never missed an opportunity: as we moved from one floor to another, we were instructed to imagine how difficult it was for the “enslaved servants to carry meal trays up and down this narrow stairway.” At every hearth: “imagine enslaved servants having to carry wood up to these fireplaces…” It just went on and on.

Jefferson’s philosophical and political viewpoints were omitted to leave time for an explanation of how difficult life was for his servants. Not once did the guide omit the adjective “enslaved”—his demeanor was patronizing and condescending to those who made the journey to see Monticello, for anyone vaguely familiar with Thomas Jefferson would know that he owned slaves…

Later that day we arrived at Montpelier, the home of James Madison. The introductory movie there was a laughable exercise in self-contradiction. On the one hand, masters and slaves were said to experience a mutually beneficial relationship. The movie concluded by evoking the image of “hundreds of African-Americans … enslaved to benefit a single white family.” …

We experienced the same approach at other sites, including the home of South Carolina senator John C. Calhoun and in Colonial Williamsburg.

Calhoun’s home lies in the heart of Clemson University. The home is beautifully maintained, and gives visitors the impression that it is still lived in, with one exception: poster boards with pictures of slaves and their stories are everywhere, even in the doorways of bedrooms, so you are forced to look around them to see the room. I mentioned to the docent that their placement was a distraction, and she agreed, but admitted there was nothing she could do about it.

Harriet Tubman and President Andrew Jackson lived on opposite sides of the American experience.

Tubman, a black woman, escaped slavery to become a conductor on the Underground Railroad, risking her life to lead slaves to freedom. Jackson, the son of Scots-Irish immigrants and owner of slaves, was elected president as a war hero and became known for policies that led to the deaths of countless Native Americans.

Soon, though, the two will share prominent placement on a new $20 bill — with Tubman, the former slave, getting top billing…

Alexander Hamilton has been granted a temporary reprieve. His ultimate fate, no doubt, will be to fade into oblivion and be forgotten by future enlightened generations.

In another twist, Alexander Hamilton got a reprieve. Initially targeted for replacement by a woman on the $10 bill, Hamilton’s reputation was burnished by an unlikely smash Broadway play and his case pressed by outraged historians pointing to his seminal role in creating the nation’s first central bank…

“Andrew Jackson is what we used to think of as a great American hero,” said Brenda Stevenson, UCLA professor of history and African American studies. “He stood for the white, male political and economic elite, with great military honor associated with him.

“We have this woman who in many ways is just the complete opposite of Andrew Jackson, and it speaks volumes that we can recognize [Tubman] as this great American hero and image of what it means to be American.”…

It helped Hamilton’s case that “Hamilton,” the play chronicling his life, became a breakout hit. In March, the play’s creator and lead actor, Lin-Manuel Miranda, and other cast members met at the White House with Barack Obama.

“He [Hamilton] launched the financial system, he straightened out the government’s finances,” said Richard Sylla, financial history professor at the NYU Stern School of Business. “A lot of the good things about American history were due to what Hamilton did as treasury secretary. I think Americans weren’t quite aware of that.”

In a call with reporters, Lew and Rios credited the outpouring of public response to the original plan and the call for suggestions.

“It was an evolutionary process,” Lew said. “For me, personally, there was a kind of an ‘aha’ moment in July when it became clear that going bigger would give us the ability to tell more stories.”

On and on it goes…

When will this relentless P.C. bubble finally pop?

This entry was posted in Anti-White, Left, Political Correctness. Bookmark the permalink.