The War on Whiteness is now really getting into gear at the high school level:

Social justice activists at a New York high school successfully shut down a production of “The Hunchback of Notre Dame” after a white student landed a lead role.

Protests of the production began when an African-American student quit Ithaca High School’s musical production due to the role of Esmeralda being given to a white classmate.

“It shows you that theater wasn’t made for you,” the student told the Ithaca Journal. “And it shows you that, if you can’t get the parts that are written for you, what parts are you going to get?”

Student activists then banded together under the umbrella of Students United Ithaca and wrote a letter that included a list of demands, saying that, while the young lady cast as Esmeralda was “a stellar actor, singer, and dancer” any production would be “lucky to have,” she couldn’t be cast in this role because she is the “epitome of whiteness.”

The FNC piece is accompanied by this photo of some members of the activist group causing this mess. As you can see, it appears to be two **** and an Indian. 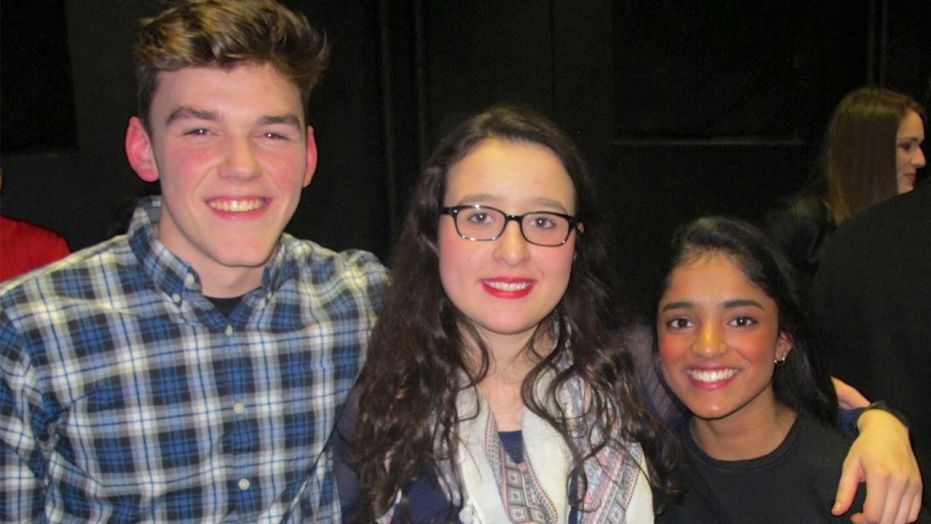 Ari Cummings, left, Annabella Mead-VanCort and Prachi Ruina, members of the activist group at the school that canceled a production of “The Hunchback of Notre Dame.”

This entry was posted in Anti-White, Political Correctness. Bookmark the permalink.