I Am Warren, Hear Me Roar

They are not even pretending to be objective.

Fauxcahontas used the pretext of ‘reading’ a letter from St. Coretta Scott King to essentially engage in a 45 min “you are a racist” harangue on Jeff Sessions. (Even MLK’s niece, Alveda King, has accused Warren of “playing the race card” by invoking her late uncle’s name.)

I checked all the MSM sites and their video naturally leaves out the racist haranguing, simply picking up when she is ‘rudely’ interrupted. So, judge for yourself here, in the unedited version, depending on how much of her voice you can stand:

Per an exercise of Senate rules, she was forced to end her harangue.

But in MSM land, it was another instance of conservatives ‘silencing’ a woman!

WASHINGTON — Republicans seized her microphone. And gave her a megaphone. 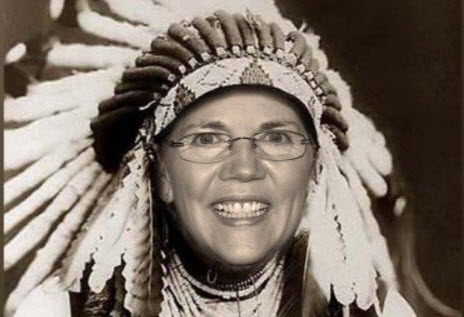 Silenced on the Senate floor for condemning a peer, Senator Elizabeth Warren, Democrat of Massachusetts, emerged on Wednesday in an coveted role: the avatar of liberal resistance in the age of Trump…

Ms. Warren’s moment swiftly rekindled the gender-infused politics that animated the presidential election and the women’s march protesting Mr. Trump the day after his inauguration last month. For her supporters it was the latest and most visceral example of a woman silenced by men who do not want to listen.

The subsequent explanation from Mr. McConnell — “She was warned, she was given an explanation, nevertheless, she persisted” — seemed made for a future Warren campaign ad. After an unsuccessful effort to draft her for the 2016 presidential race, she is considered a very early front-runner in 2020, should she choose to run.

In The Atlantic, the current #1 article (column? It’s harder to tell these days) is “‘Nevertheless, She Persisted’ and the Age of the Weaponized Meme”, the byline of which reads  “Mitch McConnell silenced Elizabeth Warren in the Senate chamber. That only made her voice louder.” The first paragraph of the piece is actually this:

There are many ways that American culture tells women to be quiet—many ways they are reminded that they would really be so much more pleasing if they would just smile a little more, or talk a little less, or work a little harder to be pliant and agreeable. Women are, in general, extremely attuned to these messages; we have, after all, heard them all our lives.

All of that helps to explain why, today, “Silencing Liz Warren” and #LetLizSpeak are currently trending on social media platforms—and why, along with them, “She Persisted” has become a meme that is already “an instant classic.” It also helps to explain why you can now buy a “Nevertheless, She Persisted” T-shirt, or hoodie, or smartphone case, or mug, each item featuring McConnell’s full explanation — warned, explanation, persisted—scrawled, in dainty cursive, on its surface. As the feminist writer Rebecca Traister noted of the majority leader’s words: “‘Nevertheless, she persisted’ is likely showing up on a lot of protest signs this weekend.” And it’s likely to keep showing up—a testament to another thing American culture has told its women: that “silence” doesn’t have to equal silence…

[A]s the Chicago Tribune put it: “Mitch McConnell, bless his heart, has coined a new feminist rally cry.” Indeed: On the internet, “Nevertheless, she persisted” was applied to images not just of Warren and King, but also of Harriet Tubman, and Malala Yousafzai, and Beyoncé, and Emmeline Pankhurst, and Gabby Giffords, and Michelle Obama, and Hillary Clinton, and Princess Leia. It accompanied tags that celebrated #TheResistance.

This entry was posted in Democrat Party, Left, MSM, NYT. Bookmark the permalink.