Tuberculosis (TB), for example, is having quite a resurgence, directly caused by illegal immigration:

According to an Ebola expert, the porous U.S.-Mexico border is creating issues that could lead to widespread contraction of Ebola, tuberculosis and a mystery respiratory disease.

Dr. Jane Orient, the executive director of the Association of American Physicians and Surgeons, told Laura Ingraham’s radio show Wednesday that children who have crossed the border and are now in American schools, could spread the trio of viruses as the illegal children may not have been screened or quarantined thoroughly.

According to Orient, the current situation America faces is a “public health nightmare” and that almost all cases of tuberculosis in America are brought to the country via “foreign born individuals.” 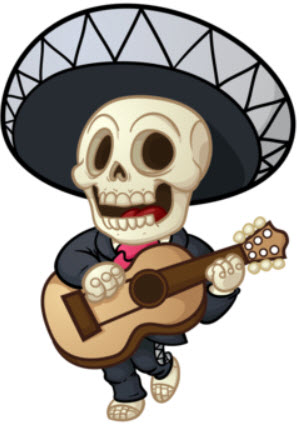 While our CDC has the requisite stricture of political correctness, the Malaysian Medical Association has less of that problem, and attributes that country’s tuberculosis trend to…. illegal immigrants.

Today, during a routine physical exam, my doctor gave me a vaccine against Pertussis (aka ‘Whooping Cough’), noting that it’s making a come-back.

Back in 2005, the resurgence of Whooping Cough in the U.S. was correlated with illegal immigrants:

Madeleine Pelner Cosman, author of a report in the spring issue of the Journal of American Physicians and Surgeons, is one of those professionals who has linked the increase in diseases with illegal immigration.

“Certain diseases that we thought we had vanquished years ago are coming back, and other diseases that we’ve never seen or rarely seen in America, because they’ve always been the diseases of poverty and the third world, are coming in now,” she said.

A story from last year reported that Whooping Cough is an epidemic in Texas (which, purely coincidentally, is a border state.)

As the world continues to grapple with the Ebola epidemic raging in West Africa, there’s growing concern about another invasive disease whose origin is much closer to home.

Chagas – along with its cousins Dengue Fever and the Chikungunya virus – is a disease found mainly in Latin America, but is starting to gain a foothold in the U.S…

[T]he disease is found mainly in poor, rural parts of Latin America – the U.S.’s Center for Disease Control estimates that 8 million people in the region live with the disease…

The U.S. is not the only country seeing new cases. Spain is now grappling with a rise in Changa cases because 80,000 migrants from Latin America are living with the illness, according to the BBC…

Despite the 300,000 or so people living in the U.S. that have Chagas disease, the CDC and health experts in the U.S. say that most of these people suffering from the disease have immigrated to the country…

Thanks to the 1965 Immigration Act, the vast majority of new immigrants (legal and illegal) into the United States are from third world countries.

We should not be surprised, then, to see, the United States increasingly resemble (if not become) a third world country over time.

This entry was posted in Death of the West, Immigration, National. Bookmark the permalink.