Is Israel a Jewish State or a Democracy?

Today, The Gigolo inadvertently pointed out the longstanding double standard when it comes to Israel:

[Kerry] said that the “fundamental reality” was that “Israel can either be Jewish or it can be democratic, but it cannot be both.” 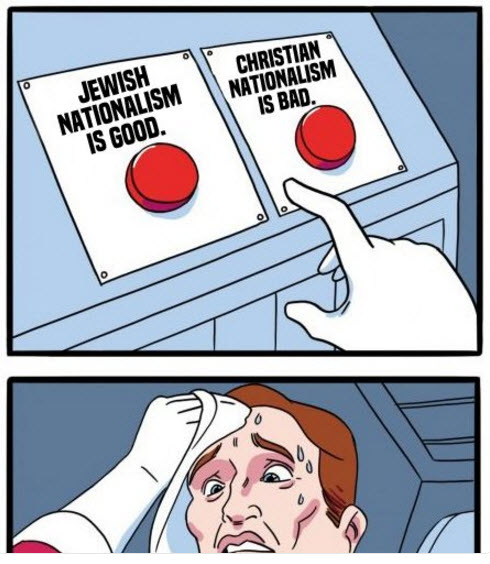 Kerry seemed to be referring to exaggerated and debunked population statistics that predicted Arabs would overtake Jews in the area between the Jordan River and the Mediterranean. As Caroline Glick and others have pointed out, Palestinian demographic statistics have been inflated for political reasons, and if Israel were to annex the West Bank today, Jews would still likely be two-thirds of the population.

Still, in principle, why is demographic displacement a valid concern for Israeli Jews, but not for whites living the U.S.?

This entry was posted in Jewish, Middle East. Bookmark the permalink.