Writing in the most sacred of Jewish sites-of-worship, The New Yorker, Alex Ross (who is both gay and Jewish, two prerequisites for writing in that magazine) has a piece titled “Bach’s Holy Dread”, the byline of which reads: “The composer has long been seen as a symbol of divine order. But his music has an unruly obsession with God.”

An ‘unruly obsession’? That is Tribespeak for Bach’s Lutheranism.

Yes, Bach believed in God. What is harder to pin down is how he positioned himself among the theological trends of the time. The Pietist movement, which arose in the late seventeenth century, aimed at reinvigorating an orthodox Lutheran establishment that, in its view, had become too rigid. Pietists urged a renewal of personal devotion and a less combative attitude toward rival religious systems, including Judaism. Bach made passing contact with Pietist figures and themes, though he remained aligned with the orthodox wing—not least because Pietists held that music had too prominent a role in church services.

Of the book Bach & God by Michael Marissen, a professor at Swarthmore College.

Marissen’s readings are similarly eagle-eyed, but he is on the lookout for a grimmer strain in Lutheranism. Luther’s ugliest legacy was the invective that, in his later years, he heaped on the Jewish people. His 1543 treatise “On the Jews and Their Lies” calls for the burning of synagogues and Jewish homes. “We are even at fault for not striking them dead,” Luther writes. Other writings endorse the blood libel—the legend that Jews kill Christian children for ritual purposes. Such sentiments were echoed by the more strident theologians of Bach’s time…

Other Lutheran theologians, particularly those in the Pietist camp, were considerably more tolerant. The musicologist Raymond Erickson has highlighted a document known as the Gutachten, published in Leipzig in 1714, which denounces the blood libel as baseless. A Pietist named August Hermann Francke—who, according to Chafe, may have influenced the themes of the St. John Passion—advocated the conversion of Jews to Christianity, but did so in a spirit of persuasion rather than coercion. Francke also deëmphasized the idea that the Jews were primarily or solely to blame for Christ’s death. He wrote, “Blame yourself, O humankind, whether of the Jews or the Gentiles. . . . Not only Caiaphas and Pilate, but I myself am the murderer.” To be sure, Luther said much the same in a 1519 sermon on the Crucifixion. The vituperation of his later writings can be balanced against earlier, more generous judgments. Such were the tensions that existed in Bach’s world on the question of the Jews…

Marissen says that his findings have often met with a frosty reception at musicological conferences. His critics have claimed that Bach cannot be anti-Jewish, because a cantata like “Schauet doch und sehet” does not actually name Jews as enemies, and because violence against Jews is nowhere advocated in Bach’s work. These objections show a shallow understanding of the psychology of bigotry. The weakest protest holds that any noxious views are mitigated, or even annulled, by the greatness of Bach’s music. Marissen is properly aghast: “The aesthetic magnificence of Bach’s musical settings surely makes these great cantatas more, not less, problematic. The notion that beauty trumps all really is too good to be true.” 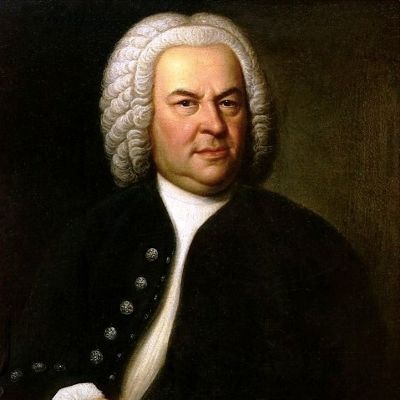 That judgment applies to the Passions, and to the St. John most of all. Of the Evangelists, John is the most vindictive toward the Jews, and many Baroque settings of his Passion narrative preserve that animus. The libretto of Bach’s St. John, by an unidentified author, is based in part on a text devised by the Hamburg poet Barthold Heinrich Brockes—a lurid treatment that was set by Handel and Telemann, among others. One aria speaks of “you scum of the world,” of “dragon’s brood” spitting venom in the Saviour’s face. Brockes’s libretto identifies the soldiers who scourge Jesus as Jews—a departure from the New Testament.

Bach’s libretto is somewhat less severe. The “scum of the world” lines are excised, and the scourging of Jesus is ascribed not to Jewish soldiers but to Pilate. Were these enlightened choices on the part of Bach or his collaborator? There is no way of knowing, but Marissen speculates that Bach, following Lutheran convention, wished to shift emphasis from the perfidy of the Jews to the guilt of all participants in the Passion scene and, by extension, to present-day sinners.

Still, the Jews retain enemy status, their presence felt in a series of bustling, bristling choruses. Many of these pieces share an instrumental signature—sixteenth notes in the strings, oboes chirping above. Several exhibit upward-slithering chromatic lines. Bouts of counterpoint create a disputatious atmosphere. All this fits the stereotype of “Jewish uproar”—of a noisy, obstinate people. At the same time, the choruses are lively, propulsive, exciting to sing and hear. When the Jews tell Pilate, “We have a law, and by the law he ought to die,” the music is oddly infectious, full of jaunty syncopations. This incongruous air of merriment conveys how crowds can take pleasure in hounding individuals. Moreover, the chorus in which the Jews protest the designation of Jesus as “King of the Jews” echoes a chorus of Roman soldiers sardonically crying the same phrase. Ultimately, Bach seems interested more in portraying the dynamics of righteous mobs than in stereotyping Jews. The choicest irony is that he uses his own celebrated art of fugue as a symbol of malicious scheming…

Such gestures help to explain why the Bach Passions have long found an audience far beyond Lutheran congregations. In 1824, Bella Salomon, an observant Jew living in Berlin, gave a copy of the St. Matthew to her grandson, Felix Mendelssohn, who resolved to lead a performance. His revival of the work, in 1829, inaugurated the modern cult of Bach. Although Mendelssohn had converted to Christianity, he remained conscious of his Jewish origins. The scholar Ruth HaCohen speculates that Bach’s “ecumenical, inclusive dialogue” opened a space in which Jewish listeners could find refuge. All this is reassuring, but one cannot take too much comfort. Even if the Passions lack malice toward Jews, they treat them more as metaphors than as human beings.

The persecution complex with these people is boundless.