Meanwhile, from the 2nd Darkest Part of the World:

ISIS savages suspended four prisoners over fire by their hands and feet and burned them alive.

The other side, I’m sure, are full of Jeffersonian idealists, yes?

The appalling execution may be a response to a video showing a captured ISIS terrorist burned to death and then sliced up like a kebab by a rebel fighter nicknamed the ‘Angel of Death’.

Here’s a still from the ISIS video: 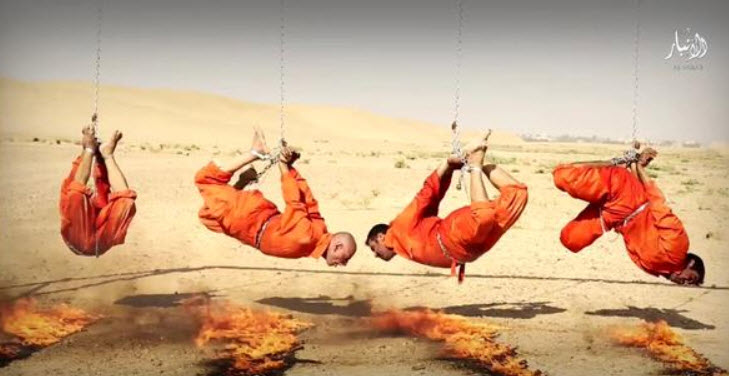 This entry was posted in Islam. Bookmark the permalink.