Primer: In 1987, Jonathan Pollard (who is Jewish) was convicted of passing state secrets to Israel while working as an intelligence analyst for the U.S. government. Some background:

Jonathan Jay Pollard was born in Galveston, Texas, in 1954, to a Jewish family, the youngest of three siblings… Pollard grew up with what he called a “racial obligation” to Israel, and made his first trip to Israel in 1970… 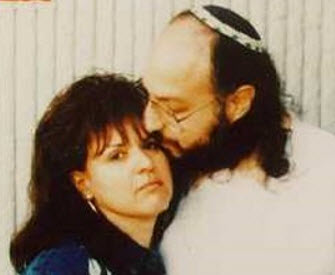 Like the Rosenbergs before him, and Sheldon Adelson after him, the Pollard case again brought to the surface (by we evil racist anti-semites) the problematic possibility of ‘dual loyalties’ by ethnocentric Jews. Are such individuals committed to America or to their Jewish ethnocentrism, as embodied in a cause outside of America.

In their second major story this week on Jonathan Pollard’s prospects for release — largely the result of efforts by that Massachusetts Irishman John Kerry (err.. I mean the Jew whose real name is John Kohn) — the Jew York Times has a piece entitled “Talk of Freeing a Spy for Israel Stirs Old Unease for U.S. Jews“, which is an article worth reading between the lines on:

WASHINGTON — Each year, just before Passover, Malcolm Hoenlein writes a letter to President Obama requesting that he grant clemency to Jonathan J. Pollard, the American sentenced to life in prison in 1987 for passing suitcases stuffed with classified documents to Israel.

This week, with his goal suddenly within reach, Mr. Hoenlein, the leader of an umbrella group of American Jewish organizations, has held off sending the letter. He is waiting to see whether Mr. Obama will release Mr. Pollard as part of a quid pro quo with Israel that would keep peace negotiations between the Israelis and Palestinians on track.

Even now, nearly three decades later, Mr. Pollard’s case bedevils American Jews. While more and more of them believe the time to release him is long past — he spied for an ally, not an enemy, they say, and has expressed remorse — they are deeply divided over whether he should be used as a chit in a diplomatic transaction.

For an older generation, the potential release of this Cold War-era spy has roused another unwelcome ghost from the past: the suggestion that American Jews, like Mr. Pollard, inevitably hold divided loyalties and cannot be trusted in sensitive posts.

If Mr. Pollard, once freed, is given a hero’s welcome in Israel — a likely outcome, given the Israeli government’s long campaign on his behalf — there is worry that it will cause a backlash in the United States, where Mr. Pollard is still viewed by many, especially in the national security establishment, as a traitor who sold his country’s secrets for cash.

“Pollard represents the ultimate betrayal,” said Aaron David Miller, a longtime Middle East peace negotiator who is one of a circle of American Jewish diplomats who came of age at the time of Mr. Pollard’s arrest. “He is also a poster child for one of the darker tropes in American society: that Jews simply cannot have a single loyalty.”

Of this paragraph, Steve Sailer notes:

Dark, dark, dark. To be precise, what’s “dark” is not what Pollard and Israel did with American nuclear sub deterrent secrets (likely barter them to the Soviets); no what’s “dark” is gentiles noticing…

The only thing darker, more hellish would be if somebody asked out loud whether or not it’s wholly a good idea for Stanley Fischer to go from running the Bank of Israel to being eminence grise at the U.S. Federal Reserve.

Born in Galveston, Tex., to a Jewish family shadowed by the Holocaust, Mr. Pollard grew up with Zionist ideals and a fascination with the world of spying. With a degree in political science from Stanford, he was hired as a Navy intelligence analyst and soon started selling classified information to an Israeli handler, who paid him $1,500 a month, bought his wife a diamond-and-sapphire ring and sent the couple on expensive trips to Europe.

In 1985, facing arrest, Mr. Pollard sought asylum in the Israeli Embassy in Washington, but he was disavowed by the Israelis. Two year later, after reading an assessment of the damage he had done from the defense secretary at the time, Caspar W. Weinberger, a judge sentenced him to a life term. Since 1993, he has been in a federal prison in North Carolina.

Mr. Hoenlein, who has visited Mr. Pollard in jail, said he should be released purely on humanitarian grounds. But he said he was resigned to the possibility that the decision would be driven by diplomatic calculations, particularly since Mr. Pollard is eligible for release in November 2015, which makes him a diminishing asset as a bargaining chip.

For some Jewish leaders, however, the idea that the United States would play this card now reflects the desperation of Secretary of State John Kerry to keep the peace talks alive. It also muddies the moral issue, since, in exchange, Israel would agree to release prisoners convicted of murder, including a small number of Arabs with Israeli citizenship.

“If everything the secretary of state has achieved hangs on the thread of exchanging Jonathan Pollard for Palestinian murderers of women and children, then there wasn’t much there to begin with,” said Abraham H. Foxman, the national director of the Anti-Defamation League.

At the time of Mr. Pollard’s arrest, American Jews were uniformly appalled by his crimes, Mr. Foxman said, and worried that it might have major repercussions. He recalled rejecting a request that the Anti-Defamation League declare Mr. Pollard’s treatment anti-Semitic. [That last sentence cracked me up, the very premise that imprisoning someone for treason could be construed as ‘anti-semitic’, the most overused bogeyman of a label since ‘racist’, being seriously entertained – Ed.]

Nowhere was the anxiety more acute than among Jews working in sensitive jobs involving the Middle East — jobs that had opened up to them during the Reagan administration.

Daniel C. Kurtzer, a former ambassador to Egypt and Israel, said that he knew of Jews who were removed from projects involving Israel after Mr. Pollard’s arrest. Even now, he wrote in an essay this week in the magazine The American Interest, Americans with relatives living in Israel are sometimes denied high-level security clearances.

Dennis B. Ross, who was a senior adviser on the Middle East to President Bill Clinton and President Obama and a Pentagon policy analyst in the years before Mr. Pollard was arrested, said it had perpetuated the stereotype that Jews could not be trusted to work on issues related to Israel.

“Initially, there was a kind of abhorrence,” he said. “But the longer he’s been in, the more people ask questions.”

By the time Mr. Ross was advising Mr. Clinton at a summit meeting with the Israelis and Palestinians at Wye Mills, Md., in 1998, he no longer believed that Mr. Pollard posed a national security risk. But he also did not believe that releasing him was necessary to persuade Benjamin Netanyahu, then as now Israel’s prime minister, to sign a deal.

Mr. Clinton ultimately decided against it because his C.I.A. director at the time, George J. Tenet, threatened to resign. And Mr. Ross’s hunch was right: Mr. Netanyahu signed anyway.

This time, however, Mr. Ross said he believed that averting a collapse in the talks was critical enough to justify Mr. Obama’s going ahead with his release — a position opposed by Mr. Kurtzer and Mr. Miller, his former colleagues.

Among those who have publicly called for Mr. Pollard’s release are two former secretaries of state, Henry A. Kissinger and George P. Shultz, and a former director of the C.I.A., R. James Woolsey. His cause is also championed by lawmakers like Senator Charles E. Schumer and Representative Eliot L. Engel, both New York Democrats. [Henry Kissinger and Chuck Schumer in favor of Pollard’s release?… What a shock – Ed.]

While Mr. Pollard remains a reviled figure among many American Jews, who contend he was driven as much by greed as by patriotism, support for his release spans the political spectrum.

“This is someone whose politics I detest, and whose role in the public sphere will be to support reactionary Israeli policy,” said Michael Lerner, editor of Tikkun, a progressive Jewish magazine in Berkeley, Calif. “Nevertheless, his continued imprisonment is unconscionable.”

Mr. Lerner said he believed that the issue of dual loyalties had faded for American Jews, along with the memory of Mr. Pollard’s case. If young Jews were asked about Mr. Pollard, he said, “The answer would be, ‘Pollard who?’ He’s not an issue. He’s not in people’s consciousness.”

Yet for the Israeli government, which granted Mr. Pollard citizenship in 1995 and finally admitted that he had been their agent in 1998, obtaining his release is an article of faith.

“When Israeli leaders do everything they can to bring this guy home, it’s because he touches a nerve,” said Michael B. Oren, an American-born historian who gave up his citizenship in 2009 to become Israel’s ambassador to Washington. “He is the embodiment of a national narrative of the Jew who sacrificed himself for his people.”

Are Gentile-Americans allowed to expressed their views on Mr. Pollard and the question of dual loyalties in the news columns of the New York Times, or is that privilege restricted solely to Jewish individuals? Will the NYT run an article on what leading Gentile-Americans feel about leading Jewish-Americans’ demands for the traitor’s release, or is that question simply not on the table? Would the NYT even be able to find any prominent Gentile-Americans brave enough to criticize Jewish-Americans’ loyalty on the record? We hear a lot from Jews speculating about the dark thoughts that must be surging through non-Jews brains, but we don’t hear much in the official discourse of the media from anybody brave enough to express those dark thoughts themselves.

This entry was posted in Jewish, National. Bookmark the permalink.