It’s a busy day of talking points promotion at the JYT. Earlier today: 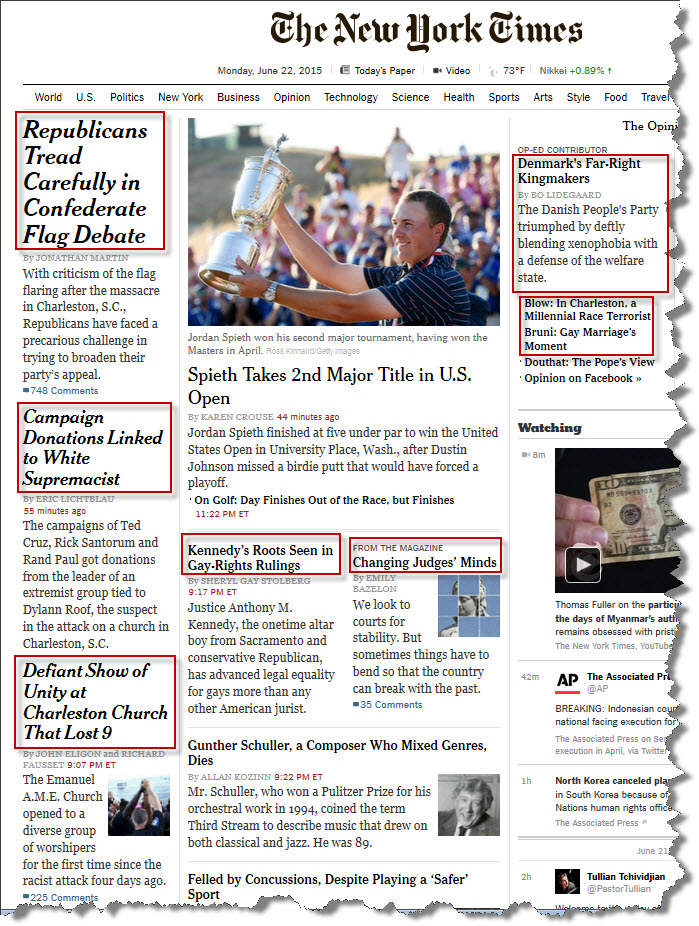 Then, in it’s current incarnation: 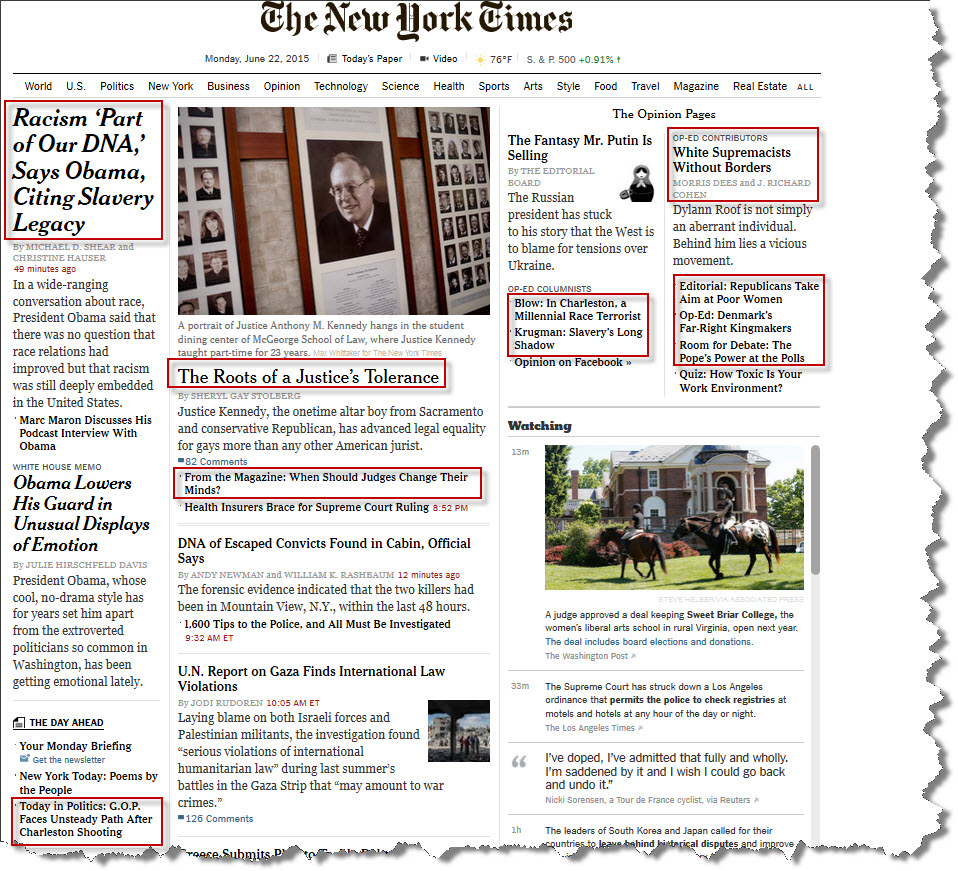 An op-ed about ‘white supremacy’ movements from none other than Morris Dees and Richard Cohen, among the angriest ethnocentric Jews in the West.

And did you know that the “GOP Faces Unsteady Path After Charleston Shooting”?

I particularly love the MSM’s love affair with the new Commie Pope.

Q: Since when has the NYT ever cared about anything a Pope says about any issue?

A: When it promotes their leftist agenda.