The anti-white hate group SPLC gets an op-ed in the JYT (“White Supremacists Without Borders“). Dees (ahem) and Cohen (ahem) have made entire careers (and gotten filthy rich) ginning up imaginary ‘threats’ of white Aryan groups in the U.S. and attempting to squelch anything resembling whites forming ideas that it’s okay to be proud of their race and their race’s accomplishments.

Dees, in particular, has been personally enriched from SPLC’s staggering $150 million+ coffer. At the SPLC, Dees is the Big Cheese. Ethnocentric fear mongering, it seems, is mighty profitable.

Here are some fascinating articles about Dees & his lavish, multi-million dollar, 6,000 SF home in Montgomery, Alabama…. paid for by SPLC. 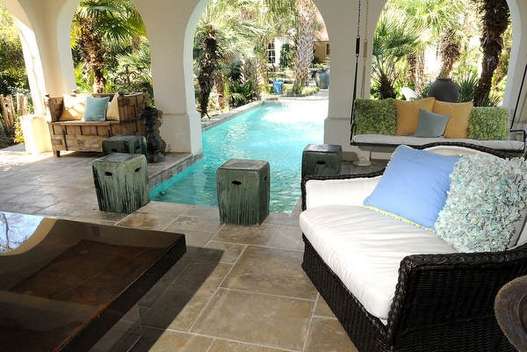 The Lavish House that Poverty Bought

It’s good to be the King.

Needless to say, in their NYT piece, the two Tribe members warn of the “signs of the growing globalization of white nationalism.”

Americans tend to view attacks like the mass murder in Charleston as isolated hate crimes, the work of a deranged racist or group of zealots lashing out in anger, unconnected to a broader movement. This view we can no longer afford to indulge…

When, according to survivors, Mr. Roof told the victims at the prayer meeting that black people were “taking over the country,” he was expressing sentiments that unite white nationalists from the United States and Canada to Europe, Australia and New Zealand. Unlike those of the civil rights era, whose main goal was to maintain Jim Crow in the American South, today’s white supremacists don’t see borders; they see a white tribe under attack by people of color across the globe.

The end of white rule in Rhodesia (now Zimbabwe) and South Africa, they believe, foreshadowed an apocalyptic future for all white people: a “white genocide” that must be stopped before it’s too late. To support this view, they cite the murders of white farmers in South Africa since the end of apartheid.

In recent years, extremists have distilled the notion of white genocide to “the mantra,” parts of which show up on billboards throughout the South, as well as in Internet chat rooms. It proclaims “Diversity = White Genocide” and “Diversity Means Chasing Down the Last White Person,” blaming multiculturalism for undermining the “white race.”

Among the authors’ multiple instances of self-promotion, they single out Jared Taylor for especially dire warning, de facto proof that Taylor is arguably the most effective advocate for white consciousness on the scene:

White nationalist leaders are traveling abroad to strengthen their international networks. At the Southern Poverty Law Center, we have documented more than 30 instances in the past two years. In 2013, Jared Taylor of American Renaissance, a group that publishes pseudo-academic articles purporting to show the inferiority of black people, addressed groups of white nationalists in Britain and France on their common cause. “The fight in Europe is exactly the same as ours,” he said.

One thing that gives me hope white consciousness might be on the rise globally is the authors’ hand-wringing about international politics, albeit complete with a gratuitous ‘connecting’ of nativist political parties with murders in Germany:

Europe has also seen the rise of a powerful, far-right political movement that rejects multiculturalism. The anti-Semitic Jobbik Party in Hungary and the neo-fascist Golden Dawn in Greece are prime examples. In Germany, there has been a series of murders by neo-Nazis. Britain, too, is experiencing an upswing of nationalist, anti-immigrant politics.

This month, S.P.L.C. staffers will join activists from the United States and Europe at a conference in Budapest about this transnational white supremacism that is emerging as the world grows more connected by technology. The message of white genocide is spreading. White nationalists look beyond borders for confirmation that their race is under attack, and they share their ideas in the echo chamber of racist websites.

I wonder what kind of hotel digs Mr. Dees will be staying in?

This entry was posted in Anti-White, Jewish, NYT. Bookmark the permalink.