A Marketwatch story titled “Online dating is bringing Americans of all religions, race and classes together” is accompanied by this photo. 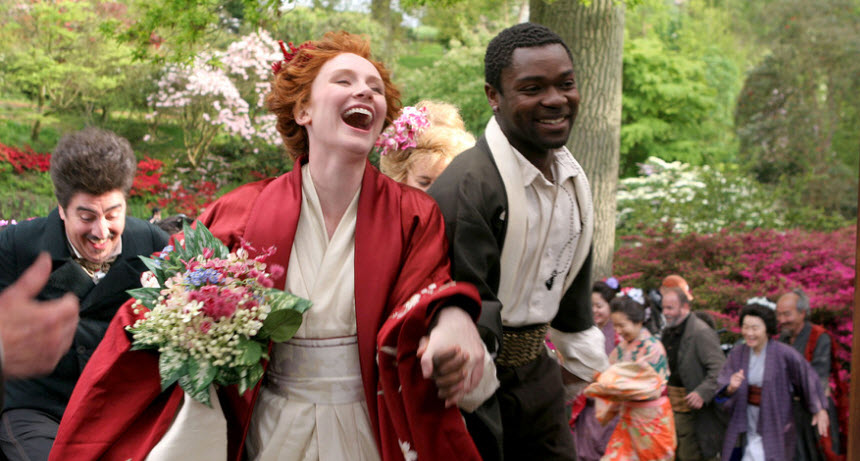 In a paper released this month, Reuben J. Thomas, assistant professor of sociology at the University of New Mexico, looked at data from 3,130 people in 2009 and 2017 to establish how they met their partner. He found that “couples who met online are more likely to be interracial, interreligious, and of different college degree status.” Those with college-educated mothers were not more or less likely to partner with those with-or-without college educated mothers online.

Dating sites bring people from different backgrounds together in a way that other parts of the internet don’t. Dating websites and apps are associated with greater racial diversity than other online communities, games and chat rooms, he said. What’s more, not only are dating websites/apps predictive of educational diversity in couples, but they also produce more age-similar couples than off-line sources of romance — namely, meeting through friends or a bar.

This is backed up by previous research. Online dating is linked to stronger marriages, a rise in interracial partnerships, and more breaking down of social barriers, according to a research analyzed last year by economics professors Josue Ortega at the University of Essex and Philipp Hergovich at the University of Vienna in Austria. In fact, over one-third of marriages begin online, making it the second most popular way for heterosexual partners to meet and the most popular way among gay partners.

The University of New Mexico study presents a rare instance of the internet bringing people of different backgrounds together instead of dividing them. A 2017 Pew report on the future of the internet predicted that the online world as a whole would continue to drive apart America’s increasingly fractured society. One-in-six newlywedsare married to someone of a different race or ethnicity, up from just 3% in 1967 when the Supreme Court ruled on Loving vs. Virginia.

This entry was posted in Culture Wars, Race. Bookmark the permalink.