As the Mexican cartels proceed to take over the entire U.S. drug trade, and the United States as a whole increasingly resembles a Cormac McCarthy novel, I suppose this sort of thing is the logical next step:

Mexican cartels are recruiting hit men from the U.S. military, offering big money to highly-trained soldiers to carry out contract killings and potentially share their skills with gangsters south of the border, according to law enforcement experts.

The involvement of three American soldiers in separate incidents, including a 2009 murder that led to last week’s life sentence for a former Army private, underscore a problem the U.S. military has fought hard to address.

“We have seen examples over the past few years where American servicemen are becoming involved in this type of activity,” said Fred Burton, vice president for STRATFOR Global Intelligence. “It is quite worrisome to have individuals with specialized military training and combat experience being associated with the cartels.”…

Burton said some soldiers become corrupted by gangs after joining, while others are gang members who enlist specifically for the training they can get.

“There has been a persistent gang problem in the military for the past six to eight years,” Burton said, adding that cartels greatly value trained soldiers from the U.S., Mexico and Guatemala as sicarios – hit men…

Growing ties between U.S.-based gangs, which have long infiltrated the military, and the Mexican cartels could be making American soldiers even more readily available to the cartels south of the border. The FBI National Gang Intelligence Center reports its concern with gang members with military training poses a unique threat to law enforcement personnel because of their distinctive weapons and combat training skills and ability to transfer these skills to fellow gang members. As of April 2011, the NGIC has identified members of at least 53 gangs whose members have served in or are affiliated with U.S. military.

According to the National Drug Intelligence Center, Hispanic prison gangs along the Southwest border region are strengthening their ties with cartels to acquire wholesale quantities of drugs. There are also strong indications that in exchange for a consistent drug supply, gangs smuggle and distribute drugs, collect drug proceeds, launder money, smuggle weapons, commit kidnappings, and serve as lookouts and enforcers on behalf of the cartels, according to law enforcement sources.

The NDIC has also found that gang-related activity and violence has increased along the Southwest border region, as U.S.-based gangs seek to prove their worth to the drug cartels, compete with other gangs for favor, and act as U.S.-based enforcers for cartels which involves home invasions, robbery, kidnapping and murder. 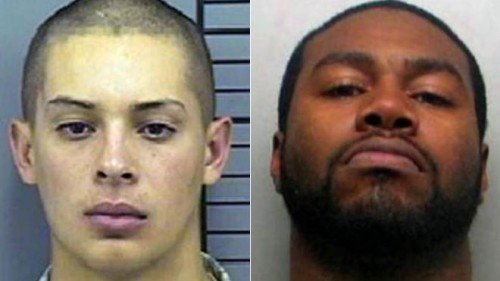 This entry was posted in Crime, Immigration. Bookmark the permalink.