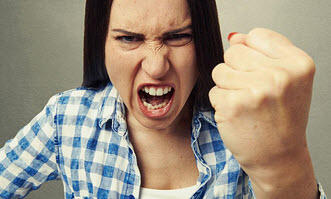 At Emory University, someone wrote “Donald Trump 2016” in chalk on some surfaces where students do such things, and it’s triggered a Microaggression Investigation™ by the school’s President. Here is the entirety of the President’s official response to this sensitivity crisis:

Yesterday I received a visit from 40 to 50 student protesters upset by the unexpected chalkings on campus sidewalks and some buildings yesterday morning, in this case referencing Donald Trump. The students shared with me their concern that these messages were meant to intimidate rather than merely to advocate for a particular candidate, having appeared outside of the context of a Georgia election or campus campaign activity. During our conversation, they voiced their genuine concern and pain in the face of this perceived intimidation.

After meeting with our students, I cannot dismiss their expression of feelings and concern as motivated only by political preference or over-sensitivity. Instead, the students with whom I spoke heard a message, not about political process or candidate choice, but instead about values regarding diversity and respect that clash with Emory’s own.

As an academic community, we must value and encourage the expression of ideas, vigorous debate, speech, dissent, and protest. At the same time, our commitment to respect, civility, and inclusion calls us to provide a safe environment that inspires and supports courageous inquiry. It is important that we recognize, listen to, and honor the concerns of these students, as well as faculty and staff who may feel similarly.

On the heels of work begun by students last fall and advanced last month through the Racial Justice Retreat and subsequent working groups, Emory is taking a number of significant steps:

To keep moving forward, we must continue to engage in rich and meaningful dialogue around critical issues facing our nation and our society. I learn from every conversation like the one that took place yesterday and know that further conversations are necessary. More than that, such discussions should lead to action that continues to foster a more just and inclusive Emory.

You can’t make this stuff up.

This entry was posted in Academia, Cultural Marxism, Political Correctness. Bookmark the permalink.