The Breitbart team has analyzed MSM photos of The Camp of the Saints invasion vs the demographic reality:

But a Breitbart London analysis of over 200 images used by the BBC on its website shows a staggering 53 per cent of children as the focal points of images, with 36 per cent focused on the men, and just 10 per cent focused on women. By this measure, readers may assume that of the total number of sea arrivals, over 230,000 of them are children – an overestimation pushed by the BBC’s narrative of around 150,000. 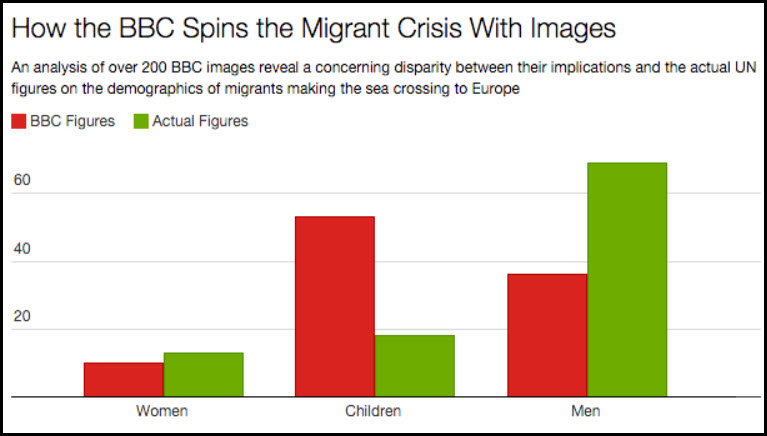 A note on the methodology used:

Breitbart London analysed the top 229 images dated between September 15th and September 21st, identifying the images by their ‘focal point’ – women, men, or children. Where some images contained more than one, or all of the categories involved, Breitbart London counted the focal point of the image as the category, unless there was equal representation across the image, in which case it was disregarded. The images with equal representation numbered below 20, and it is worth noting a 1:1:1 ratio would still disproportionate to the actual statistics from the United Nations.

This entry was posted in Europe, Immigration, MSM. Bookmark the permalink.