Many transgender people in the U.S. are rushing to change their designated gender on government documents before President-elect Donald Trump takes office. They worry the next administration may take that ability away.

Once Der Trumpenfuhrer gets in, he’ll no doubt send them all to the ovens.

The piece profiles this normal and healthy family. The photo caption is as it exists on the NPR page. 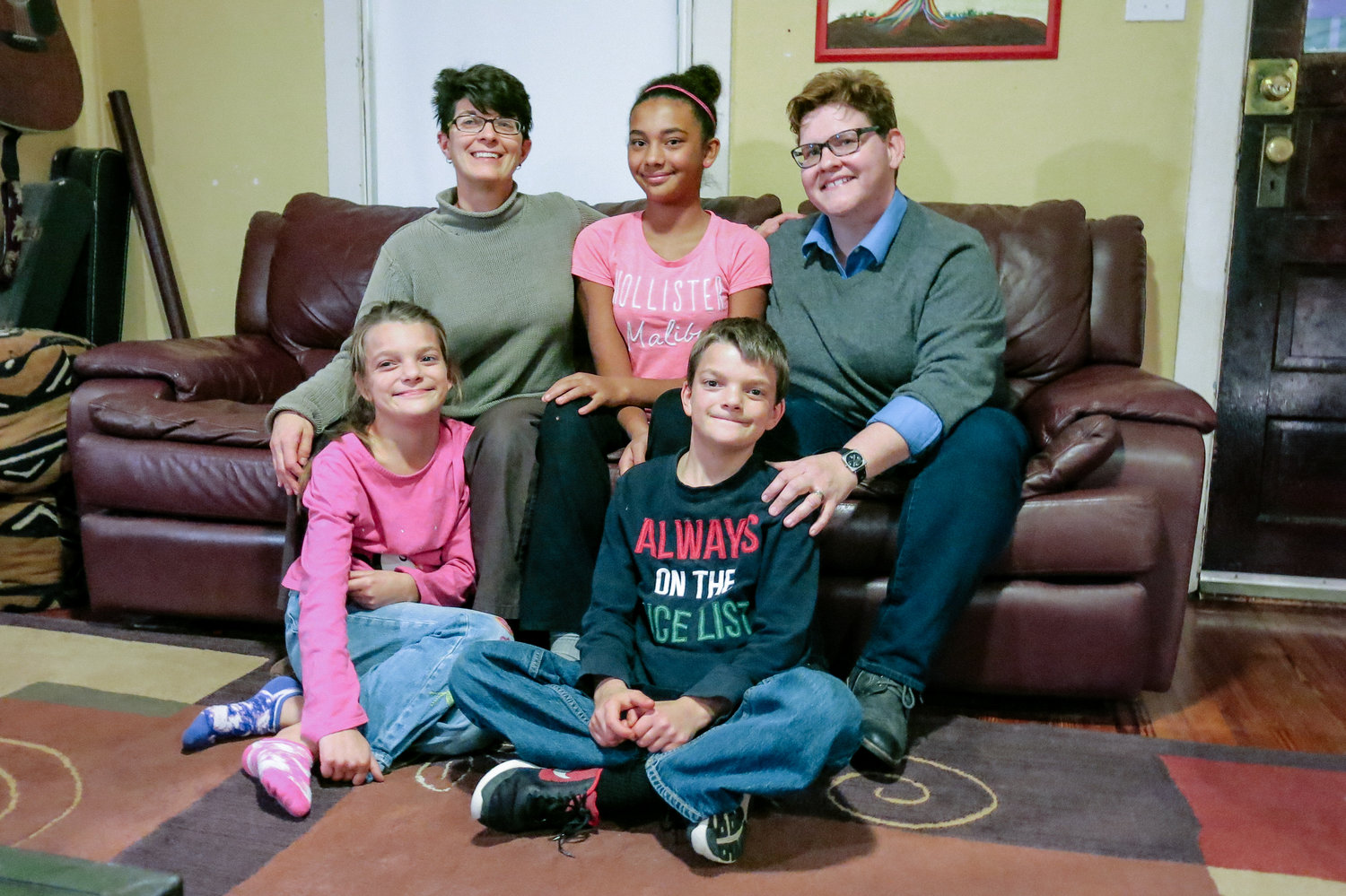 Dylan and Hayden (front, left to right) are adopted 10-year-old twins. Born a boy, Dylan has identified as a girl since age 4. Her mothers Jennifer and Marla (top, left to right, with daughter Michaela in the middle) had planned to change the gender listed on Dylan’s official documents when she got a driver’s license. They sped up that process after Donald Trump’s election.

Marla says Dylan has identified herself as a girl for as long as she could talk.

“It took us about three years to really sort out with Dylan what that meant,” Marla says. “We kept telling her, ‘Oh, there’s lots of ways to be a boy — you can be a fancy boy, you can be a sparkly boy.’ ” But Marla says Dylan steadfastly insisted she’s a girl.

Marla says they plan to administer puberty blockers when Dylan reaches that stage. That will make it easier for Dylan to physically transition to female later if she chooses…

Dylan’s parents had planned to change her gender on government documents when she got a driver’s license. Because of their concerns over the political climate, they are doing that now instead.

Puberty blockers? Wow. Nothing says ‘progressivism’ quite like two lesbian parents (are they transgendered? Who knows anymore) deciding that their 10 year old adopted son is really a girl, since he has ‘identified as a girl since age 4.’

I wonder if the sociological anomaly of having two lesbian ‘mothers’ was ever a factor in Dylan’s ‘decision’?

Welcome to our Brave New World.

The story has a happy ending (no pun intended), though:

So, on a recent evening — just as Dylan and her siblings were finishing up homework — a notary came to their home to witness Marla and Jennifer signing a short stack of papers. Once filed, they will change the gender listed on Dylan’s birth certificate, Social Security account and passport — when she gets one — to female.

Phew! Just in time, before Darth Vader and a bunch of Stormtroopers raid their house.

This entry was posted in Culture Wars, MSM. Bookmark the permalink.