The current lead stories at NYT.com reflects the increasing dissonance between Left [Red] and Right [Blue] America. Are we reaching a breaking point? How much longer can this untenable tension endure? Has the Left overreached to the point of an imminent implosion?

And what “gasps” did Scalia elicit? From an LA Times op-ed by Michael McGough:

[Scalia] was addressing Gregory Garre, a lawyer for the University of Texas, who was defending the university’s policy of counting race as one factor in a “holistic” review of applicants (which also includes factors such as extracurricular activities, socioeconomic background and “hardships overcome”).

“There are those who contend that it does not benefit African Americans to — to get them into the University of Texas where they do not do well, as opposed to having them go to a less-advanced school, a less — a slower-track school where they do well,” Scalia told Garre.

This is the “mismatch” theory, which holds that some minority students admitted to highly competitive universities fare worse there academically than they would have at less selective institutions. The argument is propounded in a book titled “Mismatch” by Richard H. Sander, a UCLA law professor, and the journalist Stuart Taylor Jr. (Their view is summarized here.) 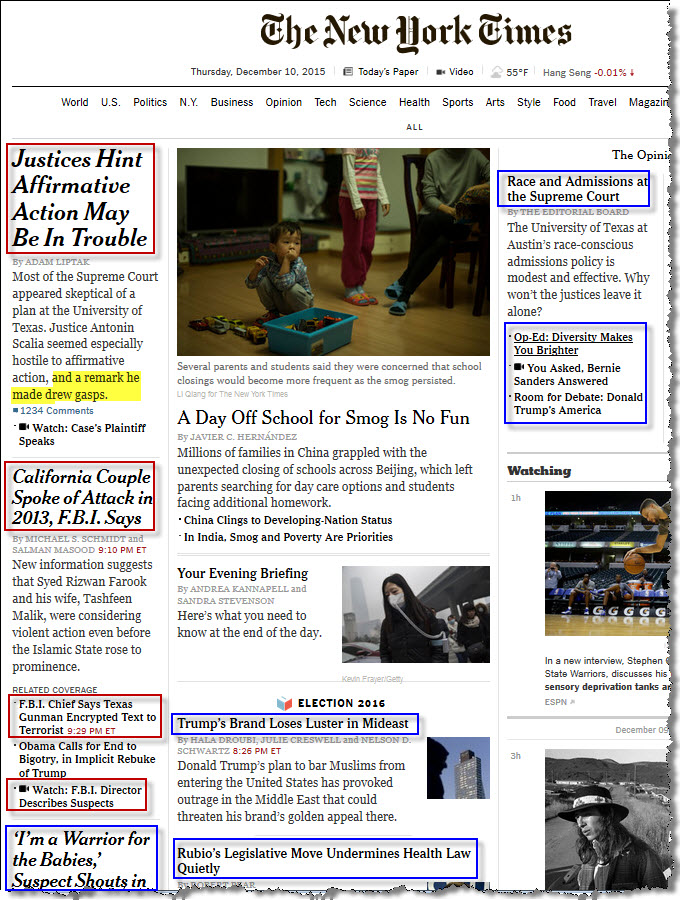 This entry was posted in Left, National, NYT. Bookmark the permalink.